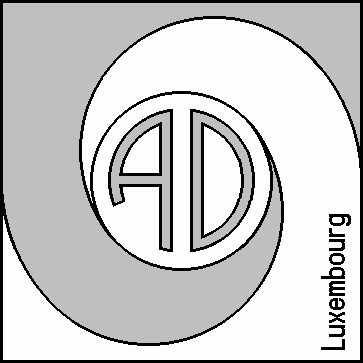 A&D : Syndicat autonome
de la fonction publique de l'Union européenne Section de Luxembourg
http://homepages.internet.lu/A-D-Luxembourg from the Commission?
That'll be the day .
Recently Commission supplied us all each with a pamphlet intriguingly entitled: "Ethics – Common values and rules; to achieve common objectives". We are not alone we are sure in deploring the adoption of business practices and along with them business "ethics" by a public service. Our understanding of the public service ethic was that we should try to do what is right, rather than what is convenient, or profitable. We should try to ensure that everyone got the same fair treatment. Under these circumstances costing everything we do, or do not do, in order to ascertain "value added" is in our mind a completely wrong approach to the work of an institution such as ours. Our ideas of values are for the most part a little different than the markets. It was the business "ethic", for example, that saw tobacco companies in the fifties and sixties increasing the nicotine content of cigarettes to make them more addictive. This same "ethic" now sees them fighting, with all the considerable resources at their disposal, claims for damages from sufferers of an assortment of lung disorders on the one hand, whilst supplying cigarettes to the so-called "grey market" in the full knowledge that they will be smuggled, in order to maintain market share. Even of illegal markets. It is this business "ethic" that enables arms manufacturers to continue to supply arms to poor benighted peoples all over the world, and instruments of oppression to dictatorial governments on the principle that if they don't, somebody else will. A chance to make a dollar cannot be ignored. Governments connive at this business, and actively encouraging it by underwriting sales, and then piously deplore the actions of the dictators to the press. Hypocrisy such as this makes us spit. It is this business "ethic" behind the biggest jump in share prices the pharmaceutical world has ever seen, not, as you might hope and suppose, for the invention of a drug to cure any of the numerous debilitating diseases that afflict the human race, but for Viagra. As if what the world needed most was busloads of geriatric lechers galloping about brandishing chemically induced erections. The calculation was made Pour adhérer à A&D envoyez ce coupon à : A&D, JMO B2/46
Edité et imprimé par A&D syndicat de la fonction publique européenne
Bât. JMO - rue A. Wehrer, L-2920, Bureau B2/46 tel: (+352)4301-33365, fax: (+352)4301-33779, [email protected] Comité exécutif : Michael ASHBROOK, Reza FARDOOM, Isabella HEINE,
Asparino INCARDONNA, Trevor Cyril JONES, Luciano LAVAGNOLI, Giorgio LEBEDEF, Maddalena LEBEDEF-CAPONI, Hendrik MATTHE, Jacqueline MAIN, Saturno MALLIA, Alex MILBERT, Amanda MULLER-HAHN, Maria-Elza PAPASIDERI, Marie-José REINARD. “Ethics from the Commission?.” – 21/8/2006

though, and the market, consisting for the most part of potential customers, agreed, that there were enough rich old goats unable to get it up any more willing to pay fortunes for an instant remedy to make a spectacular profit for this product. As if they would then be able to find a partner interested in their new-found "potency", without paying for that as well. Lead in petrol; OPEC and their periodic price hikes, which put thousands out of work; the money markets, ruining Thailand's economy except for the child-sex tourism business, paid in dollars, causing the Asian crisis; burning the forests in Indonesia, causing the biggest pollution in history; oil tankers, registered in Liberia, without one Liberian on board, to avoid safety legislation, and cross-channel ferries, both then sinking because safety regulations take too much time to follow procedures; and time is money, never forget; half the world's airliners running with counterfeit parts, because they are cheaper than original equipment; multi-nationals, arranging their affairs to be "tax-efficient", (paying none); businesses being allowed to go bankrupt, bringing down other companies with them, whose directors pop up the following week heading up another company in the same line of work, the list is endless of the delights of the business "ethic". Still, as they say, "Another day, another euro". A&DL would accept that the Institution is fit to preach to us about ethics when they:- 1. Stop lying to us – V-P Kinnock told us that the so-called "special levy" would go towards improving childcare facilities and other welfare benefits for staff. Once it had been agreed by certain gullible OSP we were told it simply goes back into the pot. Not a special levy then, but a 2. Stop stealing our pension contributions 3. Stop hiding behind Institutional immunity to national law 4. Stop overcrowding the crèche and Day-care centre by more than 50% whilst officials are still paying more net than any other European citizens for these services (those who pay more gross get tax relief) 5. Stop harassing whistleblowers by using Big-Brother tactics or by forcing them to go on invalidity or simply sacking them (such as in the case of Andreasen) 6. Stop engaging staff at below the legal minimum wage in Luxembourg 7. Stop obliging staff to work in buildings that do not meet Health & Safety standards 8. Stop ignoring the decisions of the Civil service Tribunal when appointing Directors and Director- 9. If and when the day ever dawns that the Administration looks at Article 90 or article 24 complaints starting from the viewpoint, -"Has this individual been unfairly treated?", instead of, as at present, "How can we weasel out of this, and find a pretext to declare it 'irrecevable'" - then, and only then, will we listen to lectures from them on the subject of ethics. Until, and unless this is the case, the Administration should stay away from topics where their blatant hypocrisy acts as an emetic on most staff. Pour adhérer à A&D envoyez ce coupon à : A&D, JMO B2/46
Edité et imprimé par A&D syndicat de la fonction publique européenne
Bât. JMO - rue A. Wehrer, L-2920, Bureau B2/46 tel: (+352)4301-33365, fax: (+352)4301-33779, [email protected] Comité exécutif : Michael ASHBROOK, Reza FARDOOM, Isabella HEINE,
Asparino INCARDONNA, Trevor Cyril JONES, Luciano LAVAGNOLI, Giorgio LEBEDEF, Maddalena LEBEDEF-CAPONI, Hendrik MATTHE, Jacqueline MAIN, Saturno MALLIA, Alex MILBERT, Amanda MULLER-HAHN, Maria-Elza PAPASIDERI, Marie-José REINARD. “Ethics from the Commission?.” – 21/8/2006

What Your Pharmacist Should Know adapted from “The Fibromyalgia Advocate” This information may be freely copied and distributed only if unaltered, with complete original content including: © Devin Starlanyl, 2008. Each of us with fibromyalgia (FM) and Chronic Myofascial Pain (CMP) needs a trustworthy pharmacist to coordinate our medications and keep us informed. New medications are com