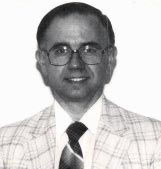 Guidelines and Insructions for Hair Transplant Patients Before The Transplant 1. Blood test for HIV is required and it can be done at the Hospital on the day before of the procedure. 2. Do not take Aspirin, vitamin, herb, non-steroidal anti-inflammatory agent or Propanolol for 7-10 days before the surgery. Continue taking your regular medications unless your doctor tells you otherwise.