Psychopharmacology (1999) 143 : 286 –292 P. Bitsios · E. Szabadi · C.M. Bradshaw
Comparison of the effects of venlafaxine, paroxetine and desipramineon the pupillary light reflex in man Received : 29 July 1998 / Final version : 17 November 1998 Abstract Rationale : The time-course of the pupillary
effects. Conclusions : The increase in resting pupil diam- light reflex response is determined by the successive eter could be indicative of parasympathetic inhibition activation of the parasympathetic and sympathetic and / or sympathetic activation. The shortening of the innervations of the iris, the latency and the amplitude recovery time of the light reflex response is consistent reflecting parasympathetic and the recovery time with sympathetic potentiation resulting from nora- mainly sympathetic activity. Objective : To compare the drenaline uptake blockade in the iris. The prolonga- effects of single doses of three antidepressants (ven- tion of the latency and decrease of the amplitude of lafaxine : serotonin / noradrenaline reuptake inhibitor, the light reflex response are indicative of a parasym- paroxetine : selective serotonin reuptake inhibitor, and patholytic effect of venlafaxine. However, as venlafax- desipramine : tricyclic antidepressant) on resting pupil ine has negligible affinity for muscarinic cholinoceptors, diameter and the pupillary light reflex response.
this effect cannot be attributed to the blockade of Methods : Fifteen healthy male volunteers participated cholinoceptors in the iris. A possible explanation for in five weekly sessions, each of which was associated this finding is that it reflects a central rather than a with one treatment (venlafaxine 75 mg or 150 mg, peripheral effect of the drug : the blockade of nora- paroxetine 20 mg, desipramine 100 mg, or placebo) drenaline uptake in the brain could lead to the poten- according to a double-blind, double-dummy, balanced, tiation of the noradrenergic inhibition of central cross-over design. An infrared binocular television parasympathetic (Edinger-Westphal) neurones. These pupillometer was used for the recording of the resting results demonstrate the ability of therapeutically rele- pupil diameter and the pupillary light reflex in dark- vant single doses of venlafaxine to potentiate nora- ness, in previously dark-adapted eyes. Resting pupil drenergic responses in man, consistent with the diameter in darkness was recorded before and after treatment. The pupillary light reflex was elicited aftertreatment, with six light flashes (green, 565 nm peak Key words Light reflex · Pupil · Venlafaxine ·
wavelength) of 200 ms duration and of incremental Paroxetine · Desipramine · Human volunteers illuminance (measured in the plane of the cornea) :3.0 × 10–3, 8.5 × 10–3, 2.5 × 10–2, 7.0 × 10–2, 0.18,0.43 mW cm92. The parameters studied were : latency,amplitude and 75 % recovery time. Results : Analyses of variance followed by post hoc tests (least significantdifference test or Dunnett’s test; P < 0.05) revealed that Venlafaxine is an antidepressant with serotonin and both doses of venlafaxine produced a significant noradrenaline uptake inhibiting properties (SNRI) increase in resting pupil diameter, decrease in ampli- with a weak effect on dopamine uptake (Muth et al.
tude and shortening of the 75 % recovery time of the 1986; Bolden-Watson and Richelson 1993). Venla- light reflex response; venlafaxine 150 mg prolonged the faxine does not inhibit monoamine oxidase A or B latency, while the other treatments had no significant (Muth et al. 1986) and does not have anticholinergic,antiadrenergic, antiserotonergic or antihistaminergicproperties (Preskorn 1994). It is believed that at P. Bitsios · E. Szabadi (*) · C.M. Bradshaw lower doses venlafaxine acts mainly as a serotonin re- Department of Psychiatry, University of Nottingham, uptake inhibitor, whereas at higher doses, it exerts an Floor A, South Block, Queen’s Medical Centre,Nottingham NG7 2UH, UK additional noradrenergic re-uptake inhibition (Muth 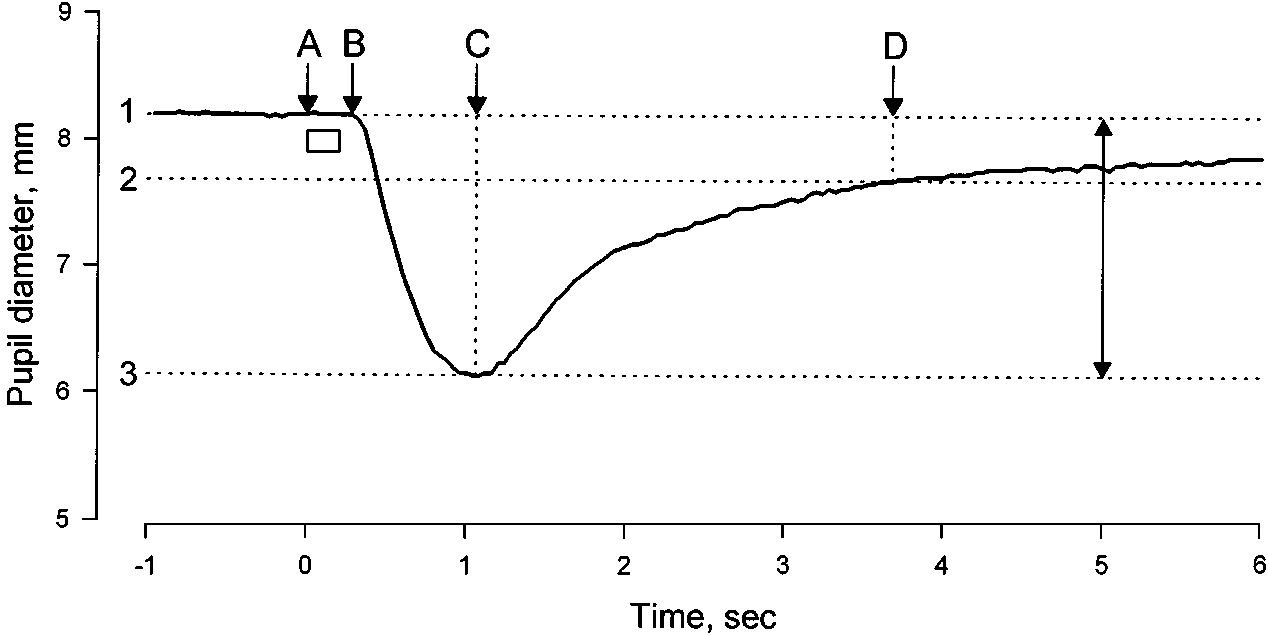 et al. 1986; Richelson 1994). The latter has been thought to account for venlafaxine’s increased efficacyin severely depressed patients when higher doses are used (DeMontigny and Preskorn 1995; Preskorn 1995).
There is little evidence, however, that venlafaxine Fifteen healthy male volunteers aged 20–28 years (mean ± SEM inhibits noradrenaline re-uptake at clinically used doses 22.00 ± 1.0) and weighing 57–105 kg (mean ± SEM 76.0 ±5.8) par- in humans, or that noradrenergic uptake blockade ticipated in the study. Subjects were all medication-free and wererequested to stop smoking and to avoid drinking alcohol, coffee occurs mainly at the upper limits of the recommended and other caffeine-containing beverages for at least 12 h before the dosage range. In a recent single dose study, venlafax- experimental session. All of them were using tobacco and caffeine ine 150 mg, but not venlafaxine 75 mg, potentiated the occasionally and all were occasional social alcohol consumers. They venoconstrictor response to noradrenaline in healthy were all tested in the morning hours (9 : 00 a.m.–14 : 00 p.m.). Thestudy protocol was approved by the University of Nottingham volunteers, consistent with the postulated noradrener- Medical School Ethics Committee. All volunteers gave their writ- gic re-uptake inhibiting effect of the drug at higher ten consent following a verbal explanation of the study and after dosage levels (Abdelmawla et al. 1997a).
reading a detailed information sheet.
The human pupil is a suitable, non-invasive system to test noradrenergic responses in humans, in vivo.
Mydriasis evoked by systemically administered drugs may be the result of increased sympathetic or reduced Venlafaxine 75 mg and 150 mg, paroxetine 20 mg, desipramine parasympathetic influence on the iris, or both, and 100 mg, and placebo were administered orally in matching capsules.
drug-induced miosis may be the result of decreased In each session the subjects ingested one capsule on two occasions : sympathetic or increased parasympathetic influence one of the capsules contained the active drug and the other the on the iris, or both. The pupillary light reflex response placebo, except in the placebo session when both capsules containedplacebo. The first capsule, containing desipramine, paroxetine or (see Fig. 1.) may help to elucidate the effects of a drug placebo was ingested 180 min and the second capsule, containing on the sympathetic and parasympathetic inputs to venlafaxine 75 mg, venlafaxine 150 mg or placebo, 100 min priorthe iris, since the time-course of the light reflex response is determined by the successive activation of theparasympathetic and sympathetic inputs, latency andamplitude reflecting parasympathetic activation, and recovery time reflecting mainly sympathetic activation(Loewenfeld 1993).
Subjects participated in five weekly sessions. Subjects were allocated The aim of this study was to provide evidence for to drugs and sessions according to a double-blind, balanced, cross- the noradrenaline re-uptake inhibiting property of ven- over design. A double-dummy procedure (see above, Drugs) was lafaxine in healthy volunteers using the pupillary light adopted in order to account for the different absorption kinetics ofthe active drugs. It has been reported that the peak concentration reflex as a test system. We used desipramine, a tricyclic after a single oral dose of desipramine (Sallee and Pollock 1990) antidepressant with potent noradrenaline re-uptake and paroxetine (Kaye et al. 1990) is attained approximately 3 h after inhibiting properties but little action on serotonin re- ingestion, whereas the peak concentration is obtained approxi- uptake (Richelson 1994), and paroxetine, a selective mately 2 h after the ingestion of venlafaxine (Kamerus et al. 1992).
serotonin re-uptake inhibitor with little effect on nora-drenaline re-uptake (Richelson and Nelson 1984), as controls. Some of these results have been communi-cated to the British Association for Psychopharma- An infrared binocular television pupillometer (TVP 1015B Applied Science Laboratories, Waltham, Mass., USA) was used for the Fig. 1 Example of a light
reflex response. Ordinate :
pupil diameter (mm), abscissa :
running time (s). Horizontal
bar : light stimulus; 1 initial
pupil diameter; 2 75 %
recovery; 3 pupil diameter at
maximal constriction; A onset
of light stimulus; B onset of
response; C time of maximal
constriction; D time at which
75 % recovery is attained;
1–3 amplitude; AB latency;
CD 75 % recovery time 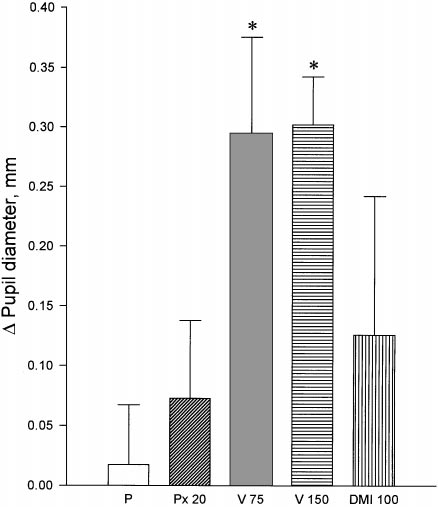 recording of resting pupil diameter and the pupillary light reflex indarkness, in previously dark-adapted eyes. The experimental ses-sion started with three 45-s recordings of resting pupil diameter,the average of which served as the pre-treatment baseline restingpupil diameter. Three hours after ingestion of the first capsule(100 min after ingestion of the second capsule), recordings of rest-ing pupil diameter were repeated and then the pupillary light reflexresponse was studied. The stimuli were six light flashes (green,565 nm peak wavelength) of 200 ms duration, and of incrementalilluminance (measured in the plane of the cornea) : 3.0 × 1093, 8.5 × 1093, 2.5 × 1092, 7.0 × 1092, 0.18, 0.43 mW cm91. The lightflashes were delivered at 25 s intervals, via a light emitting diodepositioned 1 cm from the cornea of the subject’s right eye. Therecordings took place in a dark, sound-attenuated room and thesubjects fixed their gaze on a dim red spot of light positioned approx-imately 2.5 m in front of them. Stimulus presentation was controlledby a microcomputer, and pupillary measures were digitized andstored on a floppy disk for off-line analysis. The parameters stud-ied were : latency (i.e. time elapsing from the onset of the stimulusto the onset of the response, s), amplitude of light reflex response(i.e. the difference between the initial and the minimal diameters ofa pupillary response to a light flash, mm) and 75 % recovery time(i.e. time taken from the peak of the response to obtain 75 % recov-ery, s) (see Fig. 1). Each light reflex response was visually inspected.
If an eye-blink occurred either during the presentation of the stim-ulus, reducing the amount of light reaching the retina, or at thepeak of pupillary constriction, rendering the amplitude immea-sureable, the response in question was not included in the analysis.
Fig. 2 Change in resting pupil diameter in darkness (mm) from pre-
treatment baseline, in the presence of the five treatments. P :
placebo, Px 20 : paroxetine 20 mg, V75 : venlafaxine 75 mg, V150 :
venlafaxine 150 mg, DMI100 : desipramine 100 mg. The heights of
the columns correspond to the means obtained in the group of 15subjects; vertical bars are SEM. Asterisks denote statistical Data obtained from the left pupil were analyzed. The post / pre- treatment difference was calculated for resting pupil diameter indarkness for each subject and for the group of 15 subjects. One-way analysis of variance with repeated measures with treatment as Table 1 Effects of treatments on pupil diameter (mm) : differences
the within-subject factor followed by post hoc tests (least significant difference test) were used to compare the effects of treatment onresting pupil diameter in darkness. Separate two-way analyses of variance with repeated measures, with treatment (five levels) and light intensity (six levels) as the within-subject factors, were used toanalyze each light reflex measure (i.e. latency, amplitude, 75 % recov- ery time). In the case of a significant effect of treatment, multiple comparisons between placebo and the four active treatments were undertaken using Dunnett’s test (df = 56, k = 5, criterion P < 0.05).
The relationship between response amplitude and recovery time wasanalyzed using the product moment correlation coefficient, and bestfit linear functions were derived with the method of least squares.
lafaxine 75 mg and more so with venlafaxine 150 mg.
Unpaired t-test was used to compare the slope values for each active Analysis of variance of the latency data revealed significant main effects of treatment (F = 5.19; df: 4,56,P < 0.001) and light intensity (F = 83.5; df: 5,70;P < 0.001) but no significant interaction (F < 1).
Comparisons between placebo and the four active treat-ments using Dunnett’s test showed that only the effect The effects of the treatments on resting pupil diameter of venlafaxine 150 mg was significant (t = 3.70). in darkness are shown in Fig. 2 and Table 1. It can be It can be seen that amplitude was smaller with ven- seen that all treatments caused an increase in resting lafaxine 75 mg than under the placebo condition, and pupil diameter. One-way analysis of variance showed more so with venlafaxine 150 mg. Analysis of variance that the effect of treatment was significant (F = 4.2; of the amplitude data revealed significant main effects df: 4,56; P < 0.005). Post hoc comparisons with the of treatment (F = 21.8; df: 4,56; P < 0.001) and light least significant difference test showed that only the intensity (F = 339.6; df: 5,70; P < 0.001) but no increases caused by 75 and 150 mg of venlafaxine were significant interaction (F = 1; df: 20,280; P > 0.1).
Comparisons between placebo and the four active treat- The latency, amplitude and 75 % recovery time of the ments using Dunnett’s test showed that the effects of light reflex response (group means) are displayed in Fig.
venlafaxine 75 and 150 mg were significant (t = 5.46 3. It can be seen that latency was prolonged with ven- 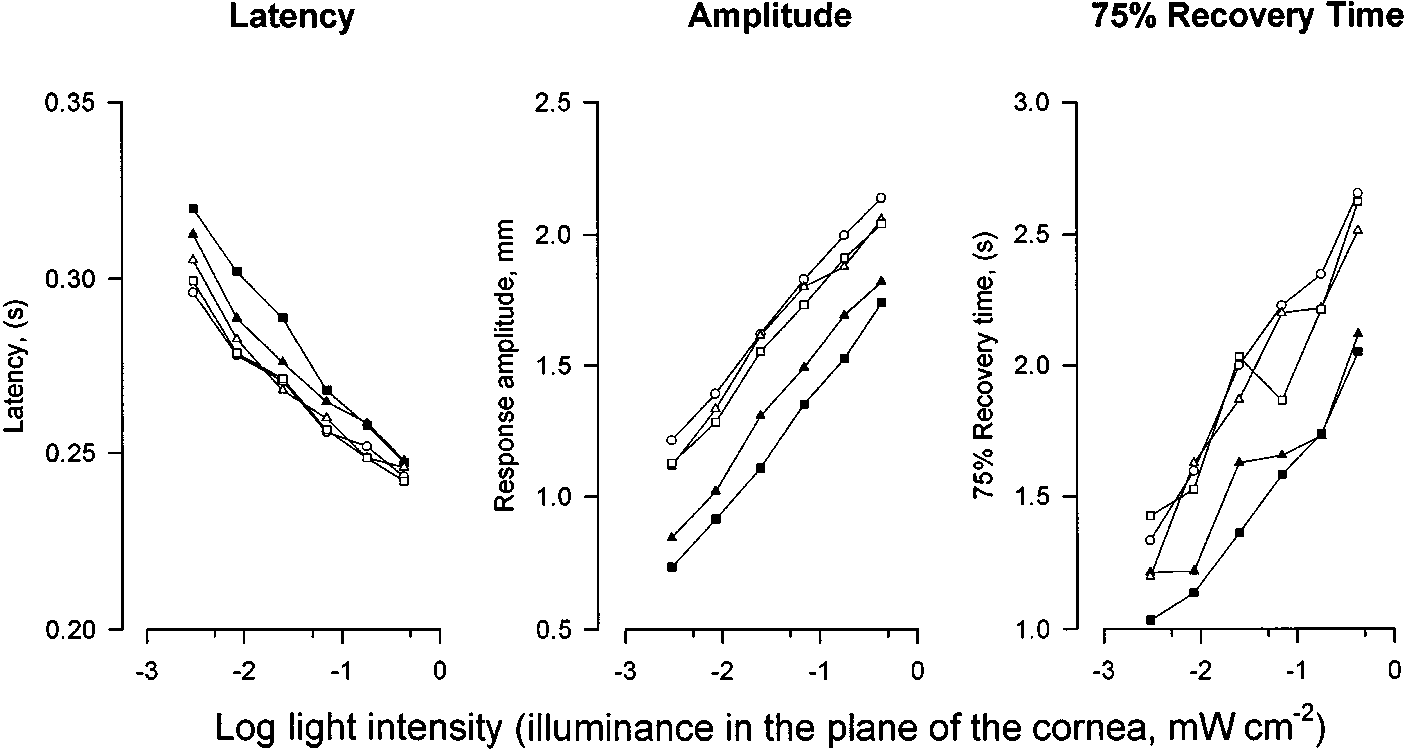 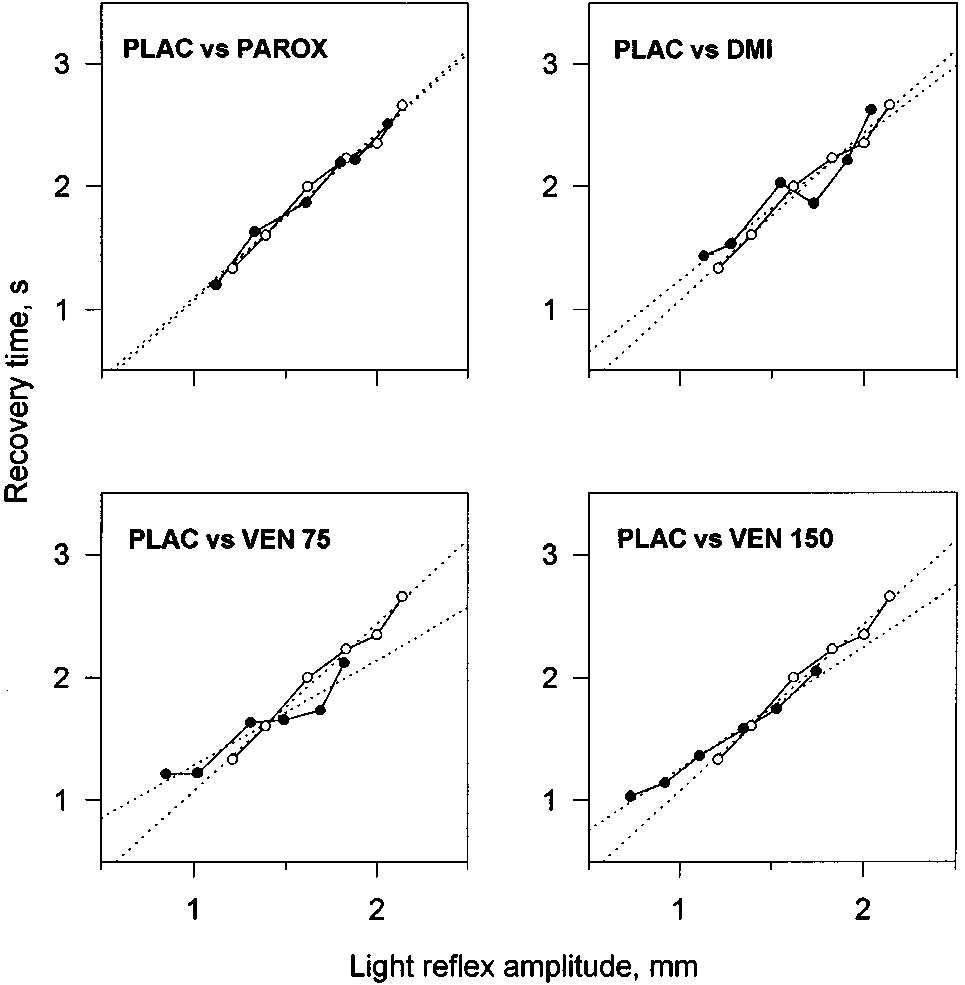 What to do if you get sick with flu

FACT SHEET What to Do If You Get Sick with Flu Flu Symptoms The flu is a contagious respiratory illness caused by influenza viruses. It can cause mild to severe illness, and at times can lead to death. • Stomach symptoms, such as nausea, vomiting, and diarrhea, also can occur but are more common While getting a flu vaccine each year is the best way to protect against flu, influenza