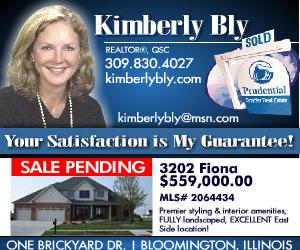 Pantagraph.com | Requested Archive Document Requested Archive Document
Print this article
Article from the Pantagraph (Bloomington, IL)
Incentives set off ‘wonderful' chain reaction
Published: December 9, 2007
Section: News
Page: A1
Source: Paul Swiech;[email protected]
Caption: Christy Chamberlain feels better as a non-smoker, and she started her company's Biggest Loser
Contest to help people lose weight.
BLOOMINGTON - A health care evolution is happening at BOPI - Bloomington Offset Process, Inc. - and it
started over $26 a month.
Earlier this year, Tom Mercier, president and chief executive officer of the printing, mailing and e -commerce
company, told employees who smoke that they would pay an additional 10 percent in health insurance
premiums, effective June 1. That translates to about $26 a month.
Of 70 employees, 22 smoked, he said. Thirteen decided to quit. Of that number, 11 remain non -smokers, said Christy Chamberlain, BOPI accounting supervisor. "I think it's wonderful," Mercier said. Because Chamberlain and some other employees who quit smoking also gained weight, they started BOPI's Biggest Loser Contest. Seventeen employees are beginning their sixth and final week with the program. "It's great," Mercier said. "It's camaraderie. Everybody is having a good time." Productivity is up because former smokers no longer are spending time outside smoking, and employees are healthier, which means they're happier and at reduced risk of illness and disease, he said. The BOPI experience illustrates a growing national trend: Employers luring their work forces to make healthy
changes in their lives, with the short-term payoff being a reduction in their health insurance premiums.
The employee saves a few bucks and gets healthier. The employer gets a healthier, more productive work force in the short term and the hope of reduced payouts for emergency room visits, surgeries and other procedures in the long term. "I think the only way health insurance can stop all these increases is if we start taking care of ourselves,"
Mercier said. "Part of that is quitting smoking because smokers use more health insurance dollars than people
who don't smoke."
BOPI generally pays 90 percent of an employee's health insurance premium, with the employee picking up 10
http://nl.newsbank.com/nl-search/we/Archives?p_action=doc&p_docid=11D7CFDB6F693500&p_docnu.
PDF created with FinePrint pdfFactory trial version Pantagraph.com | Requested Archive Document percent. Mercier adjusted that to 80 percent/20 percent for smokers. Chamberlain, 40, was a smoker for 20 years. At first, she didn't quit. "I'm hard-headed," she said. "I figured a few dollars a week wouldn't make any difference." Then, Mercier put her in charge of the program. On the last possible day, May 30, she signed up. Chamberlain and several other BOPI employees underwent a cold laser therapy to decrease their smoking
urges, and Chamberlain took Zyban for two months.<c"Blue"f"ArialMT"> <c$f$>The cost of the Zyban was
picked up through a smoking cessation program BOPI had set up through Health Alliance.
"It was remarkably easy," she said. At first, when she'd see someone smoke, she'd think it would be nice to start again. Now, she's even lost that urge. "I haven't had a cigarette for six months," she said. "I don't want to smoke. I think it stinks. "I've truly become a hypocrite," she said with a laugh. "I harass smokers and tell them, ‘If you quit, you'll feel better.' But that wasn't effective for me when I was a smoker. "Because I've been harassing people (who smoke), I can never go back." Chamberlain feels better as a non -smoker. "My throat is clear. I don't get bronchitis as easily. I smell better," she said. But she also ate more and gained 15 pounds. In August, she began training with the Leukemia & Lymphoma Society's Team In Training program for the P.F. Chang Rock ‘n' Roll Half Marathon, which will be Jan. 13 in Phoenix. The society provides the training while the runners raise money for society programs. So far, Chamberlain has raised more than $4,000. "My stamina has increased immensely," Chamberlain said. "A year ago, I couldn't run a mile. Now, I can run 10 miles. I'm proud of myself for doing it. It's a big change going from a person who doesn't exercise to someone running 10 miles." Chamberlain was improving her health and building muscle but wasn't eating well enough and wasn't losing
weight. So, on Nov. 5, she started BOPI's Biggest Loser Contest. Everyone put in $20, with the biggest loser -
as determined by percent of weight lost - getting the entire pot six weeks later.
To make it interesting, anyone who doesn't lose weight or gains weight at the Monday morning weigh -ins has to put an additional $5 in the pot. Seventeen people signed up. As of last week, the group had lost 131.2 pounds and the pot was up to $420, she said. "Some people are taking it really seriously," she said. "They want that money. The people in the middle, like me, just needed an extra incentive. The others aren't doing as well as they intended." Chamberlain has lost 5.8 pounds, meaning her net gain since she quit smoking is 9.2 pounds. "I'm just trying to watch what I eat," she said. http://nl.newsbank.com/nl-search/we/Archives?p_action=doc&p_docid=11D7CFDB6F693500&p_docnu.
PDF created with FinePrint pdfFactory trial version

Pantagraph.com | Requested Archive Document She weighs 155 pounds and would like to lose another five pounds before the half marathon. "I've been able to quit smoking, get in shape and raise money for charity, all at the same time," said Chamberlain, who remains modest about her accomplishments. She said being part of employer -based wellness programs has helped keep her motivated and on target. She hopes her story encourages others to make healthy choices in their lives, to the benefit of themselves, their families and their employers. "People have to do it (focus on their health) because they want to. I tell people, ‘If you're not a big success at
first, stick with it.' I'm not a fast runner, but I can run 10 miles."
7 to 10 percent - The average health insurance premium increase in Central Illinois for 2008.
4.5 percent - The average health insurance premium increase for 2008 for members of the Employers' Coalition
for Healthcare Inc. through the McLean County Chamber of Commerce.
8 to 12 percent - The nationwide average health insurance premium increase for 2008.
$1,000/$300 - A Central Illinois ballpark average of a monthly health insurance premium for family coverage
($1,000), of which about $300 is covered by the employee.
6.1 percent - The national average health insurance premium increase in 2007, less than the 7.7 percent of
2006 but higher than the increase in workers' wages (3.7 percent) and the overall inflation rate (2.6 percent).
$12,106/$3,281 - The national average yearly premium for family coverage ($12,106) in 2007, of which workers pay $3,281. SOURCES: Jeff Flessner, Tom Jecklin, Tom Mercier, Lisa Rich, Kaiser Family Foundation (www.kff.org) Archive contents are copyrighted by the Pantagraph and may not be republished without permission.
Top of Page | Home | News | Sports | Free Time | Life | Money | Nation/World | Opinion | Blogs/Columns | Archives | Site Map | RSS
Weather | Calendar | Obituaries | Classifieds | Jobs | Autos | Homes | Rentals | Coupons
Customer Service | 301 W. Washington St., PO Box 2907, Bloomington, IL 61701-2907 | Ph. 309-829-9000 | 800-747-7323
Copyright 2008, Pantagraph Publishing Co. and Lee Enterprises. All rights reserved. | Terms of Use | Privacy Policy http://nl.newsbank.com/nl-search/we/Archives?p_action=doc&p_docid=11D7CFDB6F693500&p_docnu.
PDF created with FinePrint pdfFactory trial version

J. Patrick Cooke // Sr. Project Manager Professional Experience May 2013 – September 2013 // Blast Radius / Wunderman World Health, New York, NY As a Sr. PM at Blast Radius I was responsible for the day-to-day management activities on the entire Novartis Gas-X account, as well as portions of the Novartis Prevacid account. Including but not limited to financial forecasting and budgeting