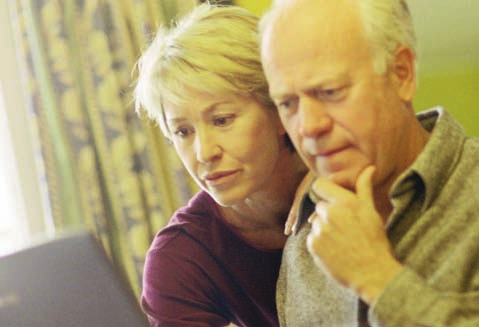 depression
Depression affects more than 34 million people of all ages each year. However, symptoms of depression may often be overlooked and go untreated when they overlap with other physical health conditions or life events that commonly occur as people age.
Late-onset depression refers to depression occurring for the first time in an older person (after age 65). While depression is not a normal part of the aging process, it does occur and should be treated or it can lead to disability and increased mortality.
Depression is common in seniors. More than two million of the 34 million Americans age 65 and older suffer from some form of depression. Yet, almost two-thirds of U.S. seniors know very little about depression, accepting it as a “normal” part of aging and not viewing it as a genuine health problem.
Depression affects the whole body, as well as mood and thoughts. Major depression can be quite debilitating and even life-threatening. Below is a list of the most common signs of depression, according to the National Institute of Aging. If you have several of these, and they last for more than two weeks, see a doctor.
• An “empty” feeling, ongoing sadness, and anxiety • Loss of interest or pleasure in everyday activities, including sex • Sleep problems, including trouble getting to sleep, very early morning waking and/or sleeping too much • Aches and pains that don’t go away when treated • A hard time focusing, remembering or making decisions • Feeling guilty, helpless, worthless or hopeless • Thoughts of death or suicide; a suicide attempt Besides these symptoms, geriatric physicians, psychologists and psychiatrists use special assessments, such as the Beck Depression Inventory and the Geriatric Depression Scale, in diagnosing the elderly When making a diagnosis of depression, other medical causes should be ruled out through laboratory tests, such as a general blood chemistry screen, urinalysis, electrocardiogram, etc.
The exact changes in brain chemistry and function that cause either late-life or earlier-onset depression are unknown. It is known, however, that brain changes can be triggered by the stresses of certain life events such as illness, childbirth, death of a loved one, life transitions (such as retirement), interpersonal conflicts Late-onset depression may also be caused by illnesses that occur later in life (e.g., Alzheimer’s disease, Parkinson’s disease, heart disease, cancer, arthritis), disability (especially due to stroke), or grief (such as death of a spouse). In some cases, late-onset depression might be due to small stroke-like damage to areas of the brain involved in mood regulation. Vascular risk in the elderly may increase vulnerability to depression by disrupting mood-regulation circuits in the brain, decreasing its ability to respond to stressful events.
Although the exact etiology of depression is unknown, research provides evidence of a genetic basis for the condition in people of all ages. There also is substantial evidence that a history of depression (personally or in the family) is a risk factor for depression later in life. Late-life depression is treatable (in up to 75 percent of elderly patients), and those who recover from depression have improved physical and social functioning. Studies have shown that older patients with depression benefit most from aggressive, persistent treatment; therefore, therapy for older patients should Treatments believed to be beneficial in late-life depression include antidepressants, psychotherapy, electro- convulsive therapy (ECT) and transcranial magnetic stimulation (TMS). Medication for acute depression episodes is usually appropriate, effective and free of complications.
However, physicians must consider possible adverse interactions with other medications and other medical illnesses. Underuse or misuse of antidepressants and prescribing inadequate dosages are common mis- takes physicians make when treating the elderly with depression. Only 10 percent to 40 percent of depressed elderly patients are prescribed antidepressant medication.
Medications prescribed may be selective serotonin reuptake inhibitors (SSRIs), such as fluoxetine (Prozac), sertraline (Zoloft), paroxetine (Paxil) or citalopram (Celexa). These medications are typically well tolerated, but side effects can include sexual dysfunction, nausea, sleep problems, diarrhea and/or anxiety. Tricylic antidepressants are also effective in the treatment of depression in the elderly. The most commonly used are desipramine (Norpramin) and nortriptyline (Pamelor). These medications have fewer side effects than amitriptyline (Elavil), doxepin (Sinequan), and imipramine (Tofranil), which generally should be avoided Although monoamine oxidase inhibitor medications are thought to be dangerous and difficult to use, phenelzine (Nardil), a drug in this class, is considered relatively safe and effective in older patients.
Other medications include venlafaxine (Effexor), mirtazepine (Remeron), bupropion (Wellbutrin), and nefazodone (Serzone). These agents have a different mechanism of action than those listed above and are Several psychotherapies, including cognitive behavior therapy, supportive psychotherapy, problem-solving therapy, and interpersonal therapy, can be effective in treating late-life depression. These therapies are often ECT may be used for those who have not responded to medications (or cannot tolerate them), or who may be experiencing suicidal thoughts or psychosis. ECT involves electrically causing a seizure in a patient’s brain during a series of sessions (six to 12 times) during several weeks. It is felt to be safe and highly effective for late-life depression and is well-tolerated by most. Side effects may include temporary memory loss and brief confusion after treatment (lasting a few For mor e infor mation
minutes or hours). Recent research has found that an experimental technique, TMS, may also be helpful for depression in the elderly. TMS is a noninvasive technique that uses magnetic fields to excite neurons in the brain; it has been effective for treatment-resistant depression with limited With medical attention, late-life depression is treatable and those who recover often experience improved physical and social functioning. visit us at
www.narsad.org
NARSAD 60 Cutter Mill Road, Suite 404, Great Neck, NY 11021 800.829.8289 516.829.0091