V E T E R I N A R Y M E D I C A L S E R V I C E S i n V e t e r i n a r y M e d i c i n e
Corticosteroids Help Ease the Itch
of Dermatitis
by Keith Hnilica, DVM, MS, Dipl. ACVD
C R E D E N T I A L S .
Keith Hnilica, DVM, MS, Dipl. ACVD, teaches and consults in dermatology at the University of Tennessee. His clinical and research interests are focused on clinical veterinary dermatology, the treatment of allergic dermatitis in dogs and cats, and the treatment and prevention of zoonotic So many diseases require corticosteroid therapy to restore normal dermatologic diseases. His credentials include: skin condition and good health that it would be hard to practicedermatology without it. The itching and inflammation that • Diplomate of the American College of accompany allergic dermatitis can be greatly relieved with the use of corticosteroid therapy, especially low-dose therapy. Successfulcorticosteroid use in dermatology relies on the clinician’s judgment • Co-author of Small Animal Dermatology: to maximize beneficial effects while minimizing adverse effects.
As a class, corticosteroids possess excellent anti-inflammatory and author of Advances in Allergy: properties and remain the best anti-inflammatory agents in common veterinary use.1 Yet older agents such as prednisone and prednisolonehave side effects that require discontinuation of treatment in as many • Published in journals such as Veterinary as 30% of cases. When methylprednisolone is used, that percentage Dermatology, Journal of Veterinary Allergy and Clinical Immunology, and Methylprednisolone, the active ingredient in MEDROL® Tablets credentials Compendium ofContinuing Education and DEPO-MEDROL®Sterile Aqueous Suspension,has been
shown to have 25% better inflammatory action1 than prednisolone, • Assistant professor of dermatology in the and it has even less tendency to induce sodium and water retention.
By achieving equal anti-inflammatory effect with lower doses, Department of Small Animal Clinical methylprednisolone helps to minimize annoying side effects.3,4 Services at the University of Tennessee P R U D E N T U S E .
U S E L O W E S T E F F E C T I V E D O S E .
Corticosteroid therapy is for patients with a When given at high doses over long periods of time, tentative diagnosis of allergy. For example, corticosteroids can cause numerous medical problems— instead of treating first with steroids, it is best everything from polyurea and polydipsia (PUPD) to to first control any secondary infections: kidney infection. From a dermatological standpoint, the pyoderma, yeast dermatitis, scabies, or fleas.
biggest worry is secondary bacterial pyoderma or yeast Generally it makes sense to eliminate any infection. We recommend using the lowest possible dose infectious cause of pruritus, since cortico- of corticosteroids as infrequently as possible. Dogs with steroids don’t improve these conditions and, environmental allergies often do well on a low, anti- inflammatory dose of corticosteroid. MEDROL is an the infections have been treated, remaining exceptional product that can be administered in low, symptoms are likely to be caused by pollen, oral doses. It has far fewer side effects than older oral food, insect, or environmental allergies, and corticosteroids such as prednisone and prednisolone.2 are more likely to respond to anti-inflammatory Short-acting corticosteroids can be used to achieve the same results as long-acting products, but they Oral doses of anti-inflammatory corticosteroids require more maintenance. Used properly, long-acting usually work well to control allergic symptoms.
corticosteroids such as DEPO-MEDROL provide If the steroid therapy does not control the lasting seasonal relief when injected every 2 or 3 months.
symptoms, the solution is not to increase the Overuse, however, can result in serious problems.
dose or switch to a more potent formulation,but to rule out unresponsive diseases such C H O O S E T H E R I G H T P R O D U C T .
as food allergy, scabies, contact dermatitis,or a recurrence of the secondary infections.
DEPO-MEDROL is the most commonly used long-acting Use of corticosteroids is a step on a therapeutic injectable corticosteroid, because it predictably resolves ladder. Antibiotics or antifungals can help allergic symptoms. Used as a rescue treatment once or control infections. Antihistamines and topical twice per year, it is an effective tool. A single injection can antipruritic treatments can reduce allergic provide dogs with symptomatic relief of inflamed skin that continues for weeks, without the inconvenience or therapy may be initiated as the final step.
In cats, DEPO-MEDROL is also a valuable therapy thathas predictable and reliable efficacy for the treatment ofallergic dermatitis. Overuse can present problems for cats,and we generally recommend administering it no moreoften than every 2 or 3 months.
MEDROL, an oral, short-acting corticosteroid, has maximize results
many advantages over generic prednisone or prednisolone.
Most important, it has a lower incidence of adverse effects.
Most patients treated with oral corticosteroids will develop 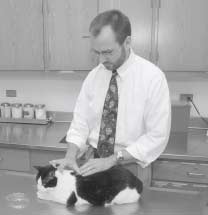 AFTL Women’s Caucus Journal Article November/December 2004 “VIOXX: ONCE AGAIN WE LEARN THAT NEITHER MANUFACTURERS NOR THE FDA LOOK OUT FOR THE AMERICAN PUBLIC” by Virginia M. Buchanan, Levin, Papantonio, et al Vioxx, a Cox-2 inhibitor non-steroidal anti-risks of Vioxx. Specifically, the FDA said the companyinflammatory medication, was rushed to approval by thewas engagin