A 28-year-old man underwent surgical correction of hyperopia. Preoperative assessment showed corrected distance visual acuity of 20/20 and 20/32 with a refrac- Victoria de Rojas, MD, PhD; Félix González-López, MD; tion of +6 -1.5 ϫ 10° and +6.25 -1.5 ϫ 165° in the right and left eye, respectively. IOP was 19 mm Hg in both eyes. White-to-white distance as measured with Orbscan (Bausch & Lomb, Rochester, NY) was 12.25 and 12 mm in the right and left eye, respectively, and mean keratometry PURPOSE: To present the case of a 28-year-old man with ac- was 41.25 diopters in both eyes. Automated perimetry etazolamide-induced bilateral choroidal effusion after uneventful was within normal limits in both eyes, and the endothe- surgery of the second eye in delayed sequential bilateral insertion lial cell count measured by noncontact specular micro- of an implantable collamer lens for hyperopia.
scope SP2000P (Topcon, Oakland, CA) was 2,741 and 2,916 cells/mm2 in the right and left eye, respectively. The anterior chamber depth measured by A-scan ultra- RESULTS: Surgery of the left eye was uneventful, and the im- sound was 3.86 mm in both eyes, and thickness was 640 plantable collamer lens was implanted 3 weeks later in the right and 611 μm in the right and left eye, respectively; thus, eye. Twenty-four hours after surgery, the patient presented with anterior chamber depth from endothelium measured bilateral shallow anterior chamber, vault 0, and myopic shift 3.25 and 3.24 mm in the right and left eye, respectively. (-8 diopters) in both eyes. B-scan ultrasound showed choroidal Fundus examination was normal in both eyes.
thickening in both eyes, which was consistent with choroidal ef-fusion syndrome. A causal relationship was suspected with oral A decision was made to implant ICLs with intraop- acetazolamide, which had been prescribed after surgery. When erative paired opposite incisions in both eyes. Fifteen the drug was stopped, the condition improved slowly and re- days before surgery in the left eye, two laser peripheral iridotomies were performed in both eyes. The ICL was implanted in the left eye without complications (VICH CONCLUSIONS: Choroidal effusion should be included in the dif- 12.6 +6.5AQ1). The patient was prescribed 250 mg of
ferential diagnosis of shallow anterior chamber after implantation of an implantable collamer lens.
oral acetazolamide every 12 hours (two doses), topical moxiﬂoxacin 0.5% every 8 hours, and tobramycin 0.3% [J Refract Surg. 20XX;XX(X):XX-XX.] together with dexamethasone 0.1% every 6 hours. On postoperative day 1, uncorrected distance visual acuity in the left eye was 20/32, IOP was 19 mm Hg with a ulfonamide drugs have been associated with deep and quiet anterior chamber and a vault of 370 μm. choroidal effusion, although this adverse event Three weeks later, the ICL was implanted in the right is infrequent.1 We present a case of acetazol- eye without complications (VICH 13.2 +6AQ1). The
amide-induced bilateral choroidal effusion with nar- same treatment was prescribed for the left eye.
row chamber after insertion of an implantable collamer Twenty-four hours later, uncorrected visual acu- lens (ICL). Although rare, both malignant glaucoma and ity was less than 0.05 in both eyes (counting ﬁngers) pupillary block glaucoma are well-known complica- and improved to 20/30 and 20/50 with refraction of tions of the procedure, that also present with shallow -8.25 -0.75 ϫ 10° and -8.25 -1.5 x 180° in the right and chamber and high intraocular pressure (IOP) early after left eye, respectively. Biomicroscopy showed a shal- surgery. Thus, choroidal effusion should be included low chamber with vault 0 in both eyes (Figure 1) and
in the differential diagnosis of high IOP and shallow an IOP of 27 and 22 mm Hg in the right and left eye, anterior chamber following implantation of an ICL.
respectively. The Seidel test results were negative. Iri-dotomies were patent, and gonioscopy revealed appo- From Clínica Baviera, Instituto Oftalmológico Europeo, Spain sitional angle closure in both eyes. Funduscopy was (VR, FG-L, JB); and the Department of Ophthalmology, Complexo not performed to avoid pupil dilation in this setting Hospitalario Universitario, A Coruña, Spain (VR). of appositional angle closure, and B-scan ultrasonogra- Submitted: January 12, 2013; Accepted: April 18, 2013 phy showed ﬂat choroidal thickening consistent with The authors have no financial or proprietary interest in the materials choroidal effusion syndrome in both eyes.
Because of the bilateral involvement, a drug etiol- Correspondence: Victoria de Rojas, MD, PhD, Clínica Baviera, Plaza ogy was considered and a causal relationship with oral de Galicia, 2, A Coruña, Spain. E-mail: [email protected] acetazolamide was suspected. The patient was treated with hourly topical prednisolone acetate 1%, topi- Journal of Refractive Surgery UÊ6°ÊÝÝ]Ê °ÊÝ]ÊÓä£8 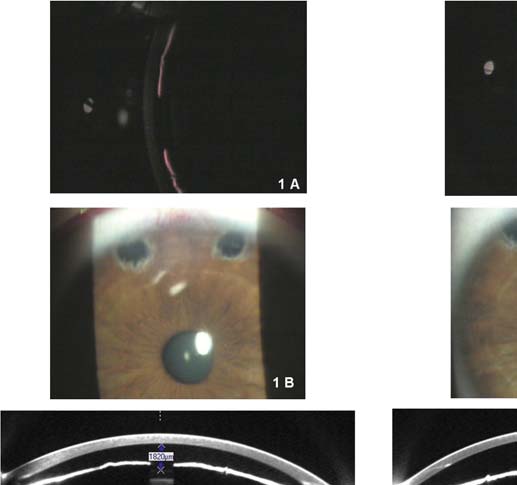 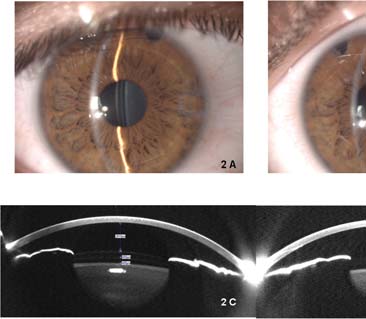