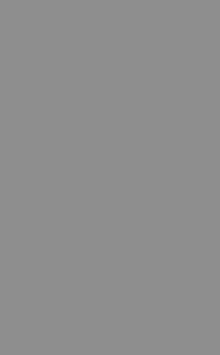 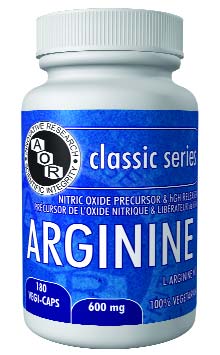 was conducted subsequently and there was widespread belief that adequate amounts of arginine could besynthesized in the body which undoubtedly delayed further research. In the 1930's research showed thatarginine deprivation decreased the rate of growth and/or lead to severe metabolic disorders and evendeath. In the last forty years numerous studies have emphasized the diverse range of arginine’sphysiological effects including release of growth hormone, glucagon and insulin, amino acid detoxificationand for the synthesis of creatine-an important compound for generating ATP the “cellular currency” of the. In the mid 80's the importanceof nitric oxide (NO) as a ubiquitous signaling molecule was highlighted and helped explain arginine'sdiverse effects. Physiological Effects
a) Cardiovascular Disorder
Extensive studies have demonstrated arginines antiatherogenic, antiischaemic and antithrombic properties.
The eventual consequence is formation of plaque in the arteries, which leads to compromised endothelial
progression but also even regression of plaque formation! An interesting study by Boger and colleagues
compared the effects of standard cholesterol drug lovastatin (Mevacor) with arginine in cholesterol fed
rabbits. Lovastatin reduced cholesterol by 32%, but had only a weak effect on formation of plaque.
Interestingly, arginine had no effect on cholesterol yet completely blocked the formation of plaque. The initiating event in atherosclerotic plaque formation is monocyte adhesion to SUPPLEMENT FACTS: Serving Size: 1 Capsule
the endothelium followed by entry of these monocytces into the subintimal layer of the blood vessels, transformation into macrophage cells followed by uptakeof lipids and eventually fatty streak/foam cell formation. Arginine is reported to reduce the adhesion of monocytes to the endothelial cellsin coronary patients and in smokers. Another mechanism through which arginine may be acting is that NO has potent free radicalquenching properties and hence acts as an antioxidant. Numerous experimental and clinical studies have demonstrated the therapeutic potential of high dose arginine for the prevention andtreatment of a broad spectrum of cardiovascular diseases, in preventing endothelial damage and restoration of endothelial functionincluding: arterial hypertension, peripheral vascular disease, angina and the so called “Syndrome X”. Arginine has been successfullyemployed for the treatment of mild-to-moderate but not severe congestive heart failure, a dose of 12.6g per day demonstrated a beneficial effect. b) Diabetes
Diabetes mellitus is a metabolic disorder which strongly predisposes an individual to cardiovascular disease. Hyperglycemia is thought to
cause diabetic complication via the follwing mechanism: formation of reactive oxygen species (ROS), which cause direct endothelial
damage; and increased formation of advanced glycating end products (AGE's) which are toxic species that changes structure and function
of physiological proteins. The net result is an increase in retinopathy, nephropathy and neuropathy. High blood glucose levels also reduce
NO availability. Arginine however, can reverse the vascular effects of high glucose concentration. A small randomized, double blind,
placebo-controlled study, demonstrated that 6 grams of arginine improved exercise capacity in angina patients.
Arginine reduces platelet aggregation, blood viscosity and improves blood flow and helps repair vascular injurynsidered a
promising therapeutic agent for the prevention of restenosis and improving the outcome following heart transplantation and coronary
bypass.
Other Benefits
a) Interstitial cystitis
A dose of 1.5g daily for 6 months in a clinical trial resulted in a significant decrease in urinary voiding discomfort and diminished
abdominal and vaginal/urethral pain. Urinary frequency was significantly decreased.
b) Spermatogenesis
Arginine has been used for treating male infertility by improving spermatogenesis. Since arginine is a precursor of NO, and NO is a potent
vasodilator it is conceivable that arginine would be of benefit in Penile erectile dysfunction much like the mechanism of action of Viagra.
c) Liver and brain injury
Animal studies have reported benefits in acute liver and brain injury.
The information and product descriptions are for information purposes only, and are not intended to provide medical advice to individuals. Consult with your physician if youhave any health concerns, and before initiating any new diet, exercise, supplement, or other lifestyle changes. AOR 2008