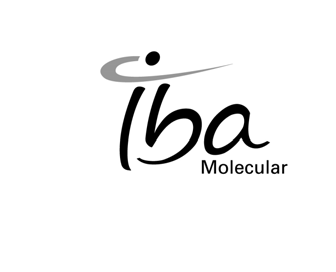 4.1 Diagnostic
indications
After reconstitution with sodium pertechnetate [99mTc] solution the agent may be used for bone scintigraphy, where it delineates areas of altered osteogenesis. CIS bio international, member of IBA group 4.2 Posology and method of administration

The average activity administered by single intravenous injection is 500 MBq i.e. 300-700 MBq (13.5 mCi, i.e. 8.1-18.9 mCi) in a 50 to 70 kg adult. Other activities may be justifiable. There is no special dosage regimen for the elderly patient. The dose to be administered to a child should be a fraction of the adult dose calculated from the body weight according to the following table. In very young children (up to 1 year) a minimum dose of 40 MBq (1.1 mCi) is necessary in order to obtain images of sufficient quality. Images obtained shortly after injection (e.g. in the so-called "3-phase bone scan" procedure) will only partly reflect metabolic bone activity. Late phase static scintigraphy should be performed not earlier than 2 hours after injection. The patient should void before scanning.
4.3 Contra-indications
There are no specific contra-indications.
4.4 Special warnings and special precautions for use.

In infants and children particular attention should be paid to the relatively higher radiation exposure of the epiphyses in growing bone. Appropriate precautions should be taken concerning the activity which is eliminated by the patients, to avoid any contamination. To reduce the radiation exposure to the bladder wall, sufficient hydration of the patient and frequent voiding is recommended. To avoid accumulation of tracer in the musculature it is advised that strenuous exercise be discouraged immediately after injection until satisfactory bone imaging has been effected. Inadvertent or accidental subcutaneous administration of technetium [99mTc] oxidronate should be avoided as perivascular inflammation has been described. This radiopharmaceutical may be received, used and administered only by authorised persons in hospitals. Its receipt, storage, use, transfer and disposal are subject to the regulations and the appropriate licenses of the local competent official organisations. Radiopharmaceuticals intended for administration to patients should be prepared by the user in a manner which satisfies both radiation safety and pharmaceutical quality requirements. Appropriate aseptic precautions should be taken, complying with the requirements of Good Pharmaceutical Manufacturing Practice for pharmaceuticals.
4.5 Interaction with other medicaments and other forms of interaction.
The accumulation of technetium [99mTc] oxidronate in the skeleton, and thus the quality of the scintigraphic procedure, may be decreased after medication with chelates, with diphosphonates, after tetracycline or after iron containing drugs. Regular medication with aluminium containing drugs (notably antacids) may lead to abnormal high accumulation of 99mTc in the liver, presumably caused by formation of labelled colloids.
4.6 Pregnancy
lactation
When it is necessary to administer radioactive medicinal products to women of childbearing potential, information should always be sought about pregnancy. Any woman who has missed a period should be assumed to be pregnant until proven otherwise. Where uncertainty exists it is important that radiation exposure should be the minimum consistent with achieving the desired clinical information. Alternative techniques which do not involve ionising radiation should be considered. Radionuclide procedures carried out on pregnant women also involve radiation doses to the foetus. Only imperative investigations should be carried out during pregnancy when likely benefit exceeds the risk incurred by mother and foetus. Administration of 700 MBq technetium [99mTc] oxidronate to a patient with normal bone uptake results in an absorbed dose to the uterus of 4.27 mGy. The dose decreases to 2.03 mGy in patients with high bone uptake and/or severely impaired kidney function. Doses above 0.5 mGy would be regarded as a potential risk for the foetus. Before administering a radioactive medicinal product to a mother who is breast feeding consideration should be given as to whether the investigation could be reasonably delayed until the mother has ceased breast feeding and as to whether the most appropriate choice of radiopharmaceutical has been made, bearing in mind the secretion of activity in breast milk. If the administration is considered necessary, one breast feed should be banked prior to injection and the subsequent one discarded after injection. Breast feeding can be restarted 4 hours post injection.
4.7 Effects on ability to drive and use machines

Effects on the ability to drive or to operate machines have not been described.
4.8 Undesirable
Adverse drug effects are extremely rare following administration of technetium [99mTc] oxidronate injection. Reports suggest an incidence of not more than one in 200 000 administrations. Symptoms of anaphylactoid reactions are rash, nausea, hypotension and sometimes arthralgia. Onset of symptoms may be delayed 4 to 24 hours after administration. For each patient, exposure to ionising radiation must be justifiable on the basis of likely benefit. The activity administered must be such that the resulting radiation dose is as low as reasonably achievable bearing in mind the need to obtain the intended diagnostic result. Exposure to ionising radiation is linked with cancer induction and a potential for development of hereditary defects. For diagnostic nuclear medicine investigations the current evidence suggests that these adverse effects will occur with low frequency because of the low radiation doses incurred. For most diagnostic investigations using a nuclear medicine procedure the radiation dose delivered (EDE) is less than 20 mSv. Higher doses may be justified in some clinical circumstances.
4.9 Overdose

In the event of the administration of a radiation overdose with technetium [99mTc] oxidronate the absorbed dose to the patient should be reduced where possible by increasing the elimination of the radionuclide from the body by forced diuresis and bladder voiding.
5. PHARMACOLOGICAL
PROPERTIES

5.1 Pharmacodynamic
properties
At the chemical concentrations of radiopharmaceutical and excipients used for diagnostic procedures technetium [99mTc] oxidronate does not appear to exert any pharmacodynamic effect.
5.2 Pharmacokinetic
properties
Intravenously administered technetium [99mTc] oxidronate is rapidly distributed throughout the extracellular space. Skeletal uptake begins almost immediately and proceeds rapidly. 30 minutes post injection 10% of the initial dose is still present in whole blood. At 1 hour, 2 hours, 3 hours and 4 hours after injection these values are resp. 5%, 3%, 1.5% and 1%. Clearance from the body takes place via the kidneys. Of the administered activity about 30% is cleared within the first hour, 48% within two hours and 60% within 6 hours. Preclinical safety data
This agent is not intended for regular or continuous administration.Reproduction, mutagenicity studies and long-term carcinogenicity studies have not been carried out. Minimal liver abnormalities are seen at the level of 30 mg/kg in rats. In subacute toxicity studies rats do not react to the administration of 10 mg/kg/day for 14 days, dogs show histological changes in the liver (microgranuloma) after 3 and 10 mg/kg/day for 14 days. In dogs, treated for 14 consecutive days, long-lasting indurations at the site of injection were observed.
5.4 Dosimetry

Usual precautions regarding sterility and radioprotection should be respected. Take a vial from the kit and put it in an appropriate lead shielding. Using a hypodermic syringe, introduce through the rubber stopper 2 to 10 ml of sterile and pyrogen-free sodium pertechnetate [99mTc] injection, radioactivity varying as a function of the volume from 0.74 to maximum 11.1 GBq (from 20 to maximum 300 mCi). Sodium pertechnetate [99mTc] injection should comply with European Pharmacopoeia specifications. Do not use a breather needle as the contents are under nitrogen : after introduction of the volume of sodium pertechnetate [99mTc] injection, without removing the needle, withdraw an equivalent volume of nitrogen in order to avoid excess pressure in the vial. Shake for about 2 minutes and allow to rest 15 minutes at room temperature. The obtained preparation is a clear and colourless solution, with a pH ranging between 5.0 and 7.0. Limpidity of the solution after preparation, pH, radioactivity and gamma spectrum should be checked before use. The vial should never be opened and must be kept inside its lead shielding. The solution should be removed aseptically through the stopper with a sterile lead protected syringe . The quality of labelling (radiochemical purity) could be checked according to the
following procedure.
Method
Paper chromatography
Materials and reagents
1. Adsorbent
2 Whatman 17 Chr paper strips (A and B) for paper chromatography. Trace a
starting line 2.5 cm from one of the ends of each strip. Solvent A : 0.9% sodium chloride solution Appropriate tanks. Keep the containers stoppered before use. Forceps, scissors, syringes, needles, appropriate counting apparatus.
Procedure
Do not let air enter the vial to be tested and store all vials containing radioactive
solution in lead shieldings.
1. Introduce respectively in tanks A and B a layer of 2 cm of solvent A and B. 2. Apply a drop of the preparation to the starting line of strip A using a syringe and needle. Apply another drop of the preparation to the starting line of strip B. Note the time. 3. Using forceps, introduce each strip vertically into the corresponding developing tank (i.e. container with solvent A for strip A and container with solvent B for strip B), with the starting line downward. Stopper the containers. 4. When the solvent has reached the top of the strips, use the forceps to remove 5. After identifying the strips, cut strip A at Rf = 0.15 and strip B at Rf = 0.4. 6. Separately count each section of the strips and record the obtained values (use an appropriate detection apparatus with a constant counting time, and known geometry and background noise). Correct the counting data for background noise. Calculate the percentage of hydrolysed technetium [99mTc] from counting data for the A strip : Calculate the percentage of free technetium [99mTc] from counting data for the B strip : Calculate the percentage of bound technetium [99mTc] (radiochemical purity) : % bound 99mTc = 100% - (% hydrolysed 99mTc + % free 99mTc) 8. The percentage of bound 99mTc (radiochemical purity) should be more than 95 % and the percentage of total hydrolysed 99mTc and free 99mTc should be less than 5 %. The administration of radiopharmaceuticals creates risks for other persons from external radiation or contamination from spills of urine, vomiting, etc. Radiation protection precautions in accordance with national regulations must therefore be taken. Radioactive waste must be disposed of in conformity with the relevant national and international regulations. MARKETING AUTHORISATION HOLDER
CIS bio international B.P. 32 91192 Gif-sur-Yvette Cedex FRANCE Tel. : MARKETING AUTHORISATION NUMBER
DATE OF FIRST AUTHORISATION/RENEWAL OF AUTHORISATION
10. DATE OF (PARTIAL) REVISION OF THE TEXT

Tariq Mahmood, M. Maqbool Ahmed, Muhammad Sajid NadeemAbstract. The present study was undertaken to estimate the levels of reproductive hormones i. e: testosterone,estradiol and progesterone, to investigate the breeding biology of Houbara Bustard. The male and female birdswere used from Houbara Research and Rehabilitation Center (HRRC) Rahim Yar Khan. The plasma bloodsamples of 5 male and 5 fe