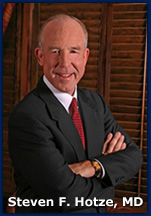 Why is the Bio-identical Hormone Replacement Therapy (BHRT) National Congressional Call In Day, Wednesday, September 10, 2008, so important? The answer is simple—we must unite and call members of Congress and urge them to protect women’s access to bio-identical hormones. This issue has been brewing for years between the FDA, big Pharma and compounding pharmacists. As you know, the stakes in this battle are high— your right to use bio-identical hormones will be limited if the FDA and pharmaceutical manufacturers have their way. What’s happening? Wyeth, the manufacturer of the counterfeit hormones, Premarin and PremPro, has suffered severe losses in sales of these drugs since the 2002 Women's Health Initiative (WHI). That study demonstrated that Wyeth's counterfeit hormones dramatically increased the risk of breast cancer, heart disease, strokes and blood clots to the lungs. Millions of women began taking natural bio-identical hormones. In order to destroy its competition, Wyeth has been demanding that the FDA shut down compounding pharmacies that prepare bio-identical hormone replacement therapies (BHRT). Wyeth wants to use the FDA to force women to discontinue using compounded bio-identical hormone preparations to treat their symptoms of hormonal imbalance and menopause. Wyeth, working with the FDA, will effectively be coercing women to take Premarin or PremPro, or nothing. In early 2008, the FDA finally acquiesced to Wyeth’s demands and announced that it would “halt” the compounding of bio-identical hormones that contain Estriol. What is Estriol? Estriol is a common component of many compounded bio-identical hormone treatments prescribed by physicians. Estriol is one of three estrogen hormones produced by a woman’s body starting at puberty. You should talk to your doctor or pharmacist to find out if your hormone therapy contains Estriol. Why is the FDA trying to take away a woman's choice to use bio-identical hormones? Wyeth has tremendous influence at the FDA. The pharmaceutical companies pay the FDA nearly $400 million annually, nearly 30% of it's budget, derived from drug user fees which are paid to the FDA after it grants approval of a drug. Make no mistake—this fight is about Wyeth’s wealth, and the FDA's wealth, not women’s health. The FDA’s recent action is not based on scientific data or any medical justification. There has never been an adverse medical event reported to the FDA resulting from the use of Estriol. Yet, over a 100,000 people die every year from doctor prescribed FDA approved drugs. Why doesn't the FDA recall all the drugs which are known to have serious adverse side effects instead of banning Estriol? This is simply a bad policy influenced by Wyeth's desire to destroy its competition. What are the Congressional resolutions calling on the FDA to reverse its policy on Estriol? The U.S. House of Representatives and the U.S. Senate each have resolutions—House Concurrent Resolution 342 and Senate Concurrent Resolution 88, respectively—calling for the FDA to reverse its policy on Estriol. The resolutions also call on the need for the FDA to “respect the physician-patient relationship” and recognize that doctors, not the FDA, are in the best position to “determine which medications are appropriate for their patients.” They also point out that the “FDA has acknowledged that it is unaware of any adverse events” associated with the use of estriol over the past three decades. These Congressional resolutions are key to sending the FDA a message that its Estriol policy is not in the best interest of women’s health. However, not all Senators and Representatives are aware of the FDA’s new policy and the effect it will have on women’s health. On Wednesday, September 10, the BHRT National Congressional Call In Day will flood Capitol Hill with phone calls from concerned constituents who will urge their elected members of Congress to sign on to their respective Congressional resolution. Please go to www.projectfans.org and enter your zip code in order to find out who your U.S. Congressman and Senators are. Their contact information will be shown. Mark your calendar to call and e-mail them on Wednesday, September 10. Ask them to support women's right to choose bio-identical hormones by co-sponsoring House Concurrent Resolution 342 and Senate Concurrent Resolution 88. Standing together we can maintain our liberty and defeat Wyeth and the FDA.