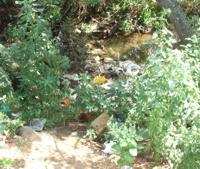 Expert : Beware Borehole Water! It Could Also Be Contaminated By Cholera!
“One of the first cases of cholera in Brits was from borehole water,” Mr Dirk Bouwer, an acknowledged water expert told MadibengPulse on Tuesday. “If there is contamination of a stream or river by sewage it will seep into the ground water and the borehole water,” he said. This is in light of the story we published on Monday about the 16 people on the Rheeders Boerderye farm north of Brits who took ill with cholera-like symptoms. We were enquiring as to the safety of the boreholes of neighbouring farms near the Rheeders family. Mr Bouwer says that it’s imperative for anyone with flu like symptoms, diarrhoea and stomach pains to have themselves tested immediately by a doctor. “It could also be ecoli,” he says. “The next step is to test the water. It has to be done by a pathologist and Mr Jan Jacobs at Madibeng Municipality would be able to point residents in the right direction. There is also a laboratory at the municipality, but I’m not sure whether they can test for cholera. If there is cholera in your water, it is mandatory to inform the authorities. “You have to boil all suspected cholera water, even for washing,” he told MadibengPulse. “Chlorinating the water is a more complicated process, and even this is not a guarantee that the water will no longer carry cholera. Cholera is extremely contagious. It could take a while before the cholera seeps through to the borehole, so this could still contaminate the borehole in the future!” Not good news for those living near contaminated streams and rivers! Helpful Information For The Recognition, Treatment And Prevention Of Cholera
Fact file on Cholera
Now that cholera is in our midst, it would be useful to have more than a passing
knowledge of the disease. We are quoting liberally from Wikipedia which can be found
at the website: http://en.wikipedia.org/wiki/Cholera
Cholera, sometimes known as Asiatic or epidemic cholera, is an infectious 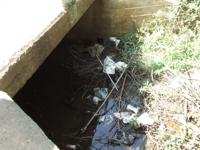