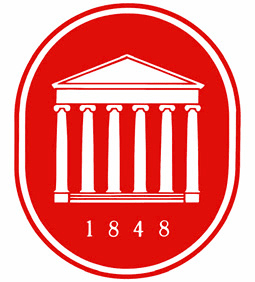 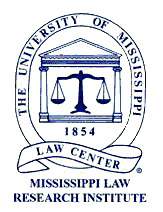 Higher Education Community of Mississippi Volume 1, Issue 3 A Publication of the Mississippi Law Research Institute “IP Mississippi” is a quarterly publication of the Mississippi Law Research Institute designed to keep educators and administrators at brought to task for using photographs in Mississippi universities aware of current advertising campaigns without the permission of happenings in the world of intellectual property. the photographers. For example, Justin Ho-Wee The Mississippi Law Research Institute is Wong took a casual picture of his friend Alison a division of the University of Mississippi School Chang at a church function and then posted the photograph to Flickr. This photograph was later attorneys: William T. Wilkins and A. Meaghin used in a national advertising campaign for Virgin Burke. For more information, please visit the Mobile Australia. Both Chang and Wong are now website at http://www.mlri.olemiss.edu, or feel suing Virgin Mobile under various theories, free to contact the IP Group at (662) 915-7775. including copyright infringement and invasion of privacy. The Wong case highlights the potential for copyright abuse that emerges when photographs and other copyrighted works are adopted a plan which makes public access the default for papers written by its arts and sciences faculty. The new plan mandates that academic papers be published online and made available to Blackboard, the country’s largest learning the general public unless the paper’s author software provider, won a $3.1 million jury verdict specifically opts out of the program. Open access last month. Blackboard initiated the lawsuit in to research became a topic of debate in academic July 2006 against Desire2Learn, a competing circles last year when Congress implemented a learning software provider with about 500 plan which required research funded through the university clients. The jury determined that National Institutes of Health to be published Desire2Learn’s software violated several of Blackboard’s patents and awarded damages to The dispute is far from settled, however, as appeals are likely in the civil suit and Blackboard’s patents are currently being re- examined by the United States Patent and Before a final action can issue, both Blackboard Comcast, Net Neutrality, & Internet Access and Desire2Learn will have the opportunity to comment and an internal appeals process through The Supreme Court recently handed down a case which limits the ability of patent holders to prevent patent licensors from challenging the validity of the licensed patent. In Medimmune v. Genentech, the Supreme Court held that a patent licensee does not have to terminate or breach its license agreement before challenging the validity or enforceability of the licensed tly received $700 million for selling a share of its royalty rights yrica. The organic chemical that is the base of the new drug was discovered at Northwestern University in 1989 by Dr. Richard B. Silverman. Lyrica has widespread use as a pharmaceutical and is the sole medication approved by the Food & Drug Administration for the treatment of fibromyalgia. • In January 2008, the Supreme Court declined to review the case Catalona v. Washington University. Catalona involved the ownership rights to tissue samples donated to a university. By refusing to review the case, the Court allowed the lower courts’ decisions to stand. The district court and court of appeals had determined that the tissues belonged to the university, the principal investigator c ould not assert ownership, and the donors had relinquished their • The University of Iowa has abandoned its plans to make students’ theses available online. The plan was met was met with protests by students who felt that the potential commercial value of their work could have been diminished by the proposed open access. Comcast, Net Neutrality, & Internet Access Comcast Corporation, a major provider of internet service, had recently come under fire for delaying or blocking certain file transfers by its customers. In particular, reports surfaced that Comcast was interfering with the transmission of some large files of the BitTorrent protocol. These reports were confirmed by an Associated Press investigation. Comcast had aggressively defended its practices, arguing that it blocked some files in order to keep file sharing from overwhelming cable capabilities. In late March, however, Comcast declared that it would stop targeting certain files based on the protocol used and would seek out other means of managing internet traffic. Proponents of Net Neutrality have heavily criticized Comcast for acting as an improper internet gatekeeper. Net Neutrality, though defined in various ways, generally refers to the idea that the internet should be equally available to all users without arbitrary interference by service or content providers. The Wisconsin Alumni Research Foundation (WARF) has initiated a lawsuit against Intel claiming that Intel’s computer chips impermissibly use a processing technique that has been patented by the University of Wisconsin. WARF controls the licensing and enforcement of the patents of the University of Wisconsin. Intel and WARF had been in licensing negotiations for over a year before the filing of the lawsuit. WARF is no stranger to patent enforcement, having settled a 2005 patent lawsuit with IBM relating to the use of University of Wisconsin patented technology in copper computer chips.
What is a patent?

A patent is a special kind of monopoly that the government grants to someone who has invented a useful and novel product, mechanism, methodology, or technology. The government grants the inventor (or
the person to whom the inventor transfers ownership) the temporary right to prevent others from making,
using, or selling the invention. In exchange, the inventor has to publish a lot of detailed information about
his invention so the public as a whole can learn from the discovery. Generally, therefore, a patent owner has
the right to exclude others from using his invention in certain ways.

What rights does a patent holder have?

What kinds of things can or can’t be patented?

America has a very broad definition of patentability; a lot of things, even some living things like plants, can be patented. For instance, the statute itself allows “any new and useful process, machine, manufacture, or composition of matter, or any new and useful improvement thereof” to be patented. The courts have held, however, that laws of nature (like gravity) and abstract ideas cannot be patented. The patent statutes mandate that the invention must also meet the three following requirements of - Novelty. An invention cannot be patented if it was already known to the public. - Non-obviousness. To determine if an invention is non-obvious, the proper question is whether or not someone skilled in the appropriate art would have solved the problem in the exact same way the inventor did. If the invention would have been apparent to “one of ordinary skill in the art,” the - Usefulness. This is a very easy requirement to meet in American patent law, but the usefulness must be demonstrated in the patent application and cannot be assumed. To be useful, an invention must meet two prongs: it serves a useful purpose and it is operative as described in the application and Also, an inventor must have fully described the invention in his patent application in order to be eligible to receive a patent. A suggestion or idea, by itself, cannot be patented. In order to receive a patent, the inventor must have fully realized and disclosed the invention, though the invention doesn’t actually have to be constructed before a patent can issue.
How can the right to get a patent be lost?

In America, an inventor has to be very careful about how he or she uses or publicizes his invention until it is patented because there are several ways that the right to patent can be “lost.” The two big ways that the right to get a patent for an invention can be lost through an inventor’s own actions are: - by publishing the invention in a fixed medium like a journal article more than one year before Inventors must be vigilant about protecting their invention until a patent application has been filed or they risk losing the right to patent their invention. In many countries, but not the United States, any
publication or public use before filing a patent application destroys the right to receive a patent. If an
inventor is interested in filing for patent protection in foreign countries, it may be advisable to seek patent
protection before publicizing the invention at all. Universities and faculty should be vigilant to have a
thorough and fair process that protects both the invention and the inventor’s ability to publish.

How do you get a patent?

Applying for a patent is a time-consuming and fairly complicated process. The process is very demanding because the government wants to be sure that the invention being presented meets all the patentability and disclosure requirements and also that the patent application is narrowly and appropriately written. Because patents exclude others from use of the patented invention, the government wants to insure that no patent is granted for an invention that is overly broad. Patent applications require careful description of the invention being patented. The inventor summarizes his invention and establishes the contours of his patent in the “claim” of his patent. Claims help establish the rights of the inventor and differentiate the invention from other inventions that have already been patented. Before applying for a patent, it is critical that all inventors be identified and included. If all inventors are not included on the application, or if someone who is not an inventor is included on the patent, the resulting patent would be deemed invalid and unenforceable. Patent attorneys are licensed attorneys who have passed the United States Patent and Trademark Organization registration examination (or patent bar), a test designed to test one’s familiarity and expertise with the patent process, and met other requirements to practice before the USPTO. A patent agent is a non-lawyer who has passed the patent bar. Patent attorneys and patent agents are the only people permitted to assist others in the patent application process.