Book Review: Emmons’ Black Dogs Present Tense, Vol. 2, Issue 2, 2012.
www.presenttensejournal.org | [email protected] Book Review: Emmons’ Black Dogs Emmons, Kimberley K. Black Dogs and Blue Words: Depression and Gender in the Age of Self-Care. New Brunswick, NJ: Black Dogs and Blue Words contributes adaptation” (5). In this regard, Emmons illnesses such as hysteria, anxiety, and posttraumatic stress disorder. Emmons’ critical interpretive tactics and responses carries out her investigation of language Newsweek and the New York Times takes place in the absence of diagnostic the Psychology Today newsletter Blues blood work, such that the language Darkness Visible: A Memoir of Madness and Elizabeth Wurtzel’s Prozac Nation: A Memoir, as well as semi-structured black dog of depression”; “the blues”) gendered self, and individuals learn how language structures (5). As a rhetorical readers—humanities and social sciences scholar, Emmons intends “to interrogate illness. The book would be of particular a substantive contribution to a syllabus “a rhetorical illness: it functions individual consciousness” (6; emphasis identification of self-doctoring diagnostic both “expert” and “patient.” In the role available patterns of expression. Direct- like “Talk to your doctor” and symptoms checklists proliferate in the social realm linguistic typifications of pharmaceutical advertising for medications like Prozac, in first-person memoirs, “the rhetorical reinscribe traditional gender roles. The individuals limited interpretive resources for the articulation of the self outside The first chapter includes an historical Association’s (APA) Diagnostic and Statistical Manual of Mental Disorders bodily self-regulation and surveillance: Book Review: Black Dogs and Blue Words (DSM-I, 1952 to DSM-IV-TR, 2000) depression. Emmons argues that DSM- response to the discourse of depression. III and subsequent editions locate the individual’s negotiation of personhood “articulate depression” (in two senses: to principles. Emmons’ historical critique and determine what illness and health “vocabulary of data collection” serves the professional discourse community’s the service of patients (22). The critique gendered illness identities (monological) and purposes of the DSM, yet how the author situates the DSM in relation to out in the earlier chapters together with rhetorical analysis produces substantive that engage in “a rhetorical care of the self” (58). In place of self-doctoring practices that entail “the submission of an isolated self to biomedical discourses (58). On this view, the term rhetorical Emmons identifies terms of art central to the discourse of depression: condition, disease, disorder, and illness, and analysis processes and experiences (chronic, severe, cyclic, recurrent). Emmons argues that with the publication of DSM-III the principle for the biomedical orientation (“the black dog”; “le chat bleu”) who take suggests that “strategic impression” of definitions for the illness itself and rather than eradicated” (102-103). These wellness—and, as a result, imprecise interventions (63). That is, the “vague metaphors: drugs act as “keys” fitting into the “locks” of neurotransmitter emerge. Definitions, then, provide a site for rhetorical intervention, and a critical gendered illness identities and positions the isolated individual within biomedical counter, available illness identities.
depression remains an ambiguous term definitional practices, “metaphors for Book Review: Black Dogs and Blue Words patients to perform their own diagnoses. linguistic terminology and structures of psychiatry’s diagnostic criteria into a list, narrowing the discursive field and Zoloft advertisement appropriates visual structure to tell “Kathy’s story”—Kathy interactions and promote self-diagnosis. artifacts and illustrate how, in the age of self-care, language helps construct self kind. So I asked my doctor about Zoloft” as a site for medical and pharmaceutical (123). At the end of the story, medication (grocery shopping with her child, sitting illness identities by bringing them into role alignment with circulating cultural fosters critical discourse and reflection, promotes tactics of self-care, and enacts outlines one such critical tactic of self- competence informs rhetorical action.
to the DSM, specifically to the current diagnostic criteria for Major Depressive theoretical contributions to scholarship Disorder (DSM-IV-TR), to show how 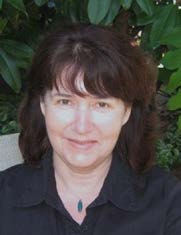 analysis. Following the thread of analysis interviews, Blues Buster newsletters, trained on a particular text or two, for produce insightful analysis and fruitful Black Dogs and Blue Words offers a timely critique of the discourse of depression. The DSM is currently under revision, date of May 2013 for DSM-5. The draft diagnoses including eight classifications under the rubric “Depressive Disorders” Statistical Manual of Mental Disorders critical stance in relation to the language

ECE 750 - T11: Component Based Software Systems Developing an Autonomous Mobile Robot: A Component Based Approach Introduction: Robotics is an emerging, multidisciplinary field lending itself readily to component based design including component based software systems (CBSS). By using CBSS, rapid robot development at a low cost is possible. However, in order to do so, a software fra