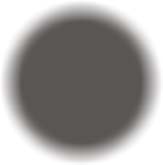 Trakia Journal of Sciences, Vol. 4, No. 1, pp 33-36, 2006 ISSN 1312-1723
Original Contribution
DETERMINATION OF TETRACYCLINE RESIDUES
IN GREEK HONEY
M. Saridaki-Papakonstadinou 1, S. Andredakis 1, A. Burriel *2, I. Tsachev 3
1Veterinary Laboratory Service, Ministry of Agriculture, Chania 73100, Crete, Greece 2Laboratory of Microbiology and Parasitology, Faculty of Veterinary Medicine, University of 3 Department of Microbiology, Infectious and Parasitic Diseases, Veterinary Faculty, Trakia ABSTRACT
Liquid chromatography was used to detect tetracycline-derived residues in Greek honey. Of the
examined samples 29% had these drug residues. 20.3% of these contained more than one of the
observed tetracycline derivatives. Majority of samples contained residues to a proportion of 0.018-
0.055 mg/kg of honey while some others had residues in excess of 0.100mg/kg. The findings show
that tetracycline drug residues in Greek honey are present and possibly influence the naturally
occurring protective properties of this medicinal food.

Abstract (maximum of 1000 words) should exhibit the communication title,

The development of the pharmaceutical industry in Brazil and India: technological capability and industrial development Abstract The BRICS – Brazil, Russia, India, China and South Africa – are the five developing countries most analyzed and debated nowadays. Those countries have had a distinguished level of development opportunities during the last years; however, each of them has