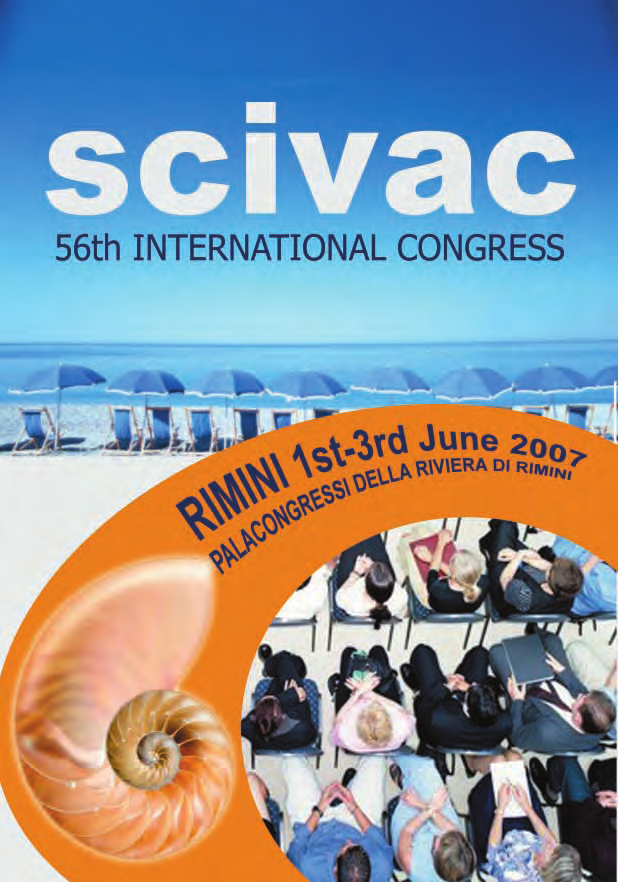 Encephalitozoon cuniculi is a single-cell, microsporidial organism that is found in a range of animals and is a
significant cause of disease in pet rabbits. The spores of E. cuniculi are oval in shape and measure approximately
2.5 x 1.5 µm. They are characterised by a strongly Gram-negative capsule. Within the spore, there is a coiled
polar filament which can be extruded to inject sporoplasm into a vacuole in a neighbouring cell. Multiplication
takes place within the vacuole until mature spores develop. Eventually, the vacuole becomes so distended that
the cell ruptures to release the spores. Cell rupture is associated with an inflammatory response and the
development of granulomatous lesions.
Incidence of Encephalitozoon cuniculi
E. cuniculi has been isolated from a number of species including dogs, foxes, rats, mice and chickens. Although
E. cuniculi primarily affects rabbits, it can cause disease in other animals. It has been found in dying puppies. In
humans, E. cuniculi has been linked with diarrhoea, rhinosinusitis, keratoconjunctivitis, nephritis or hepatitis in
patients that are immunocompromised by AIDS or by anti-rejection treatment following organ transplants. Three
strains of E. cuniculi can be identified genetically. Strain I is found predominately in rabbits, strain II in rodents,
and strain III in dogs. In the USA, isolates from humans have been shown to be strain III, however, human
isolates from Europe have been strain I. Antibodies to E. cuniculi are found in many species including dogs, goats
and humans.
Infection in rabbits occurs by oral ingestion of food contaminated with infected urine or in utero from an infected
dam. Infection spreads to other organs including the kidney, central nervous system (CNS) and the heart.
Infection of the lens can occur, especially in utero.
Clinical manifestations
There is a range of clinical manifestations of encephalitozoonosis in rabbits. Acute neurological signs such as
vestibular disease or seizures may be life-threatening. Chronic myocardial lesions can cause heart failure and
death. Vague signs of ill health, such as ataxia, unresponsiveness or weight loss may be due to subclinical
neurological or renal disease caused by chronic granulomatous lesions. Other cases are aymptomatic.
Vestibular disease a common clinical manifestation of encephalitozoonosis and can range in severity from a minor
head tilt to an animal that is unable to right itself and is rolling and hemiparetic. Posterior paresis and ataxia are
other neurological manifestations of encephalitozoonosis. Renal disease is a feature of E. cuniculi infection and
characteristic scarring of the kidneys is a common post mortem finding, even in rabbits that have shown no
obvious signs of encephalitozoonosis during life. Intraocular disease, such as cataracts, hypopyon or uveitis can
be caused by E. cuniculi. Cataracts are due to spontaneous rupture of the infected lens at its thinnest point on the
anterior surface. Release of the contents of the lens into the anterior chamber causes phacoclastic uveitis.
Diagnosis
Definitive diagnosis of E. cuniculi as the cause of disease in the live rabbit is difficult. There are many differential
diagnoses and even after death, the diagnosis is often presumptive. Apart the possibility of identifying spores in
tissue, urine or lens contents, at present, in the UK, there is no method of detecting antigen, although PCR tests
may become available soon. At necropsy, there may be no gross changes apart from minor kidney lesions. On
histopathological examination, the presence of spores is diagnostic, but they are not always found. They are
usually seen in the kidney and brain. A diagnosis of encephalitozoonosis is often presumptive, especialli in
chronic cases, because is based on the presence of characteristic inflammatory lesions rather than the presence
of the organism. Serology can be helpful but is far from diagnostic. Laboratory studies have shown that rabbits
develop circulating antibody within two to three weeks after infection. Some laboratories report antibody titre
levels although antibody titres do not appear to correlate with organism shedding or severity of lesions found at

necropsy. Laboratory studies have not monitored antibody titres over the 10-12 year natural lifespan of a rabbit
and it is not clear whether exposed rabbits eventually become seronegative even though they may have residual
lesions in their kidneys, CNS or myocardium.
Treatment
Despite extensive literature on the life-cycle and diagnostic tests for E. cuniculi, there is little published
information on effective treatment protocols for rabbits. Clinical signs are not only related to the presence of the
parasite but also to the inflammatory reaction that it evokes. Killing the parasite does not reverse the chronic
changes that have already taken place in many organs. Several medications have been used to kill the parasite
although it is difficult to prove their efficacy. The subjective opinion of the owner of whether their rabbit 'seems
better' may be the only information that is available. Prior to 2001, albendazole was the preparation that was
usually recommended.
This manuscript is reproduced in the IVIS website with the permission of the Congress Organizing Committee Albendazole is an oral anthelmintic that kills the spores of E. cuniculi in rabbit kidney cell tissue culture without
evidence of cytopathic change. The drug is only parasitostatic. Suggested dose rates for rabbits vary from 10-25
mg/kg/day. Recommendations for the length of treatment vary between sources. Periods of 10-30 days are
usually suggested Infected human AIDS patients may receive lifelong treatment. In UK, fenbandazole is used
more than albendazole since the publication of a small study that described the eradication of E. cuniculi
organisms in rabbits treated with fenbendazole for 28 days at a dose rate of 20mg/kg/day. There are anecdotal
reports of bone marrow suppression in a small number of rabbits.treated with benzidamazoles.
Other products that have been used to treat E. cuniculi in rabbits include oxytetracycline and pyrimethamine.
Lufenuron has also been investigated because the cell wall of the parasite contains chitin. However, in vivo
assays indicate no therapeutic effect.
Corticosteroids are indicated for acute neurological signs associated with E. cuniculi to suppress the inflammatory
response associated with cell rupture. However, high doses of long term corticosteroid therapy is contraindicated
because of the immunosuppressive effect. A single dose of a short acting corticosteroid, e.g., 0.5-1mg/kg
dexamethasone, can be given to rabbits that have recently developed acute neurological signs. If further
treatment is required, anti-inflammatory, rather than immunosuppressive doses of 0.2mg/kg dexamethasone is
suggested. Additional symptomatic treatment may be directed at the clinical signs e.g. midazolam (0.5-1mg/kg)
can be used to control fits or prochlorperazine (500µg/kg oral tds) may help control vestibular signs.
References
Snowden, K., Logan, K., Didier, E.S. (1999). Encephalitozoon cuniculi Strain III is a cause of encephalitozoonosis
in both humans and dogs. The Journal of Infectious Diseases, 180, 2086-2088.
Stiles J., Didier E., Ritchie, B., Greenacre, C., Willis, M., Martin, C. (1997). Encephalizoon cuniculi in the lens of a
rabbit with phacoclastic uveitis: Confirmation and treatment. Veterinary and Comparative Ophthalmology, 7, 233-
238.
Harcourt -Brown, F.M., Holloway, H.K.R. (2003). Encephalitozoon cuniculi in pet rabbits. Vet. Rec., 152,427-431.
Waller, T., Morein, B., Fabiansson, E. (1978). Humoral immune response to infection with Encephalitozoon
cuniculi in rabbits. Lab. Anim., 12, 145-148
Lyngset, A. (1980). A survey of serum antibodies to Encephalitozoon cuniculi in breeding rabbits and their young.
Lab. An. Sci., 30, 558-561
Weiss, L.M., Michalakakis, E, Coyle, C.M., et al. (1994). The in vitro activity of albendazole against
Encephalitozoon cuniculi. J. Eukaryotic Microbiol. 41, 65S.
Suter, C., Müller-Doblies, U.U., Hatt, J-M., Deplazes, P. (2001). Prevention and treatment of Encephalitozoon
cuniculi. Vet. Rec., 148, 478-480.