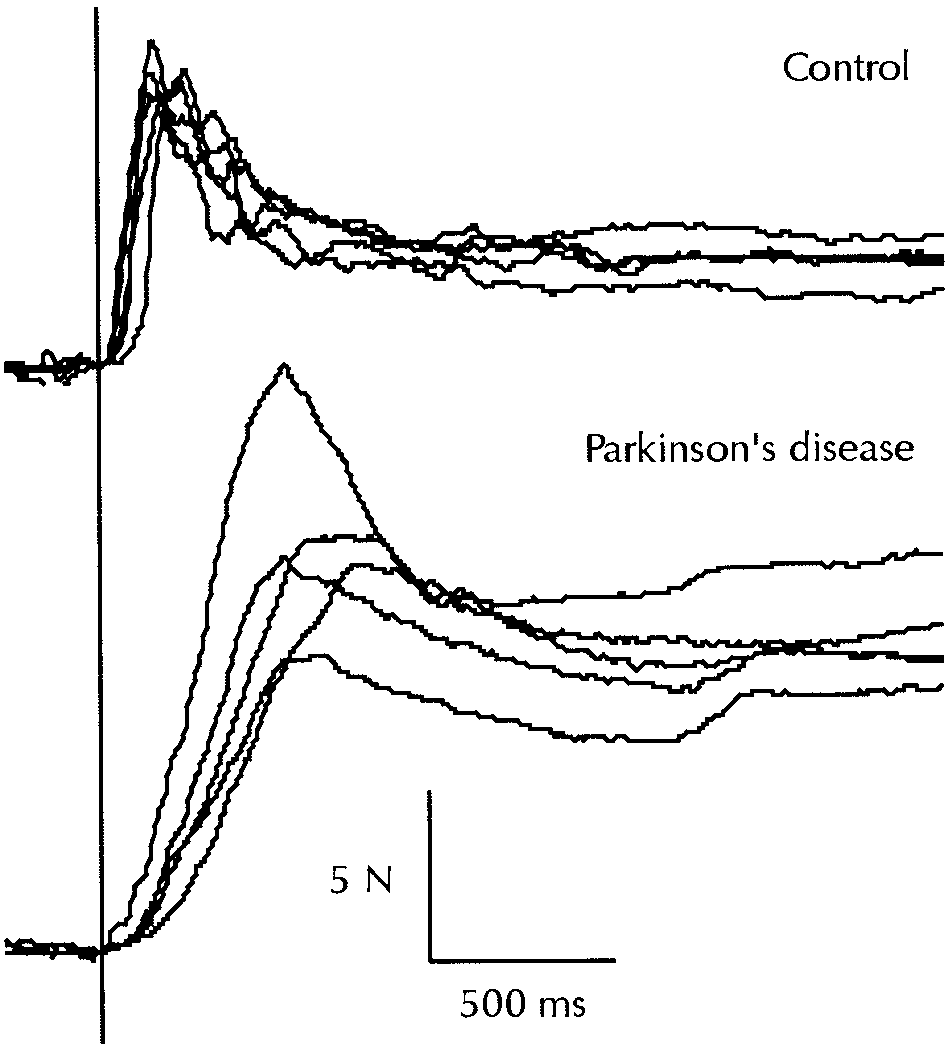 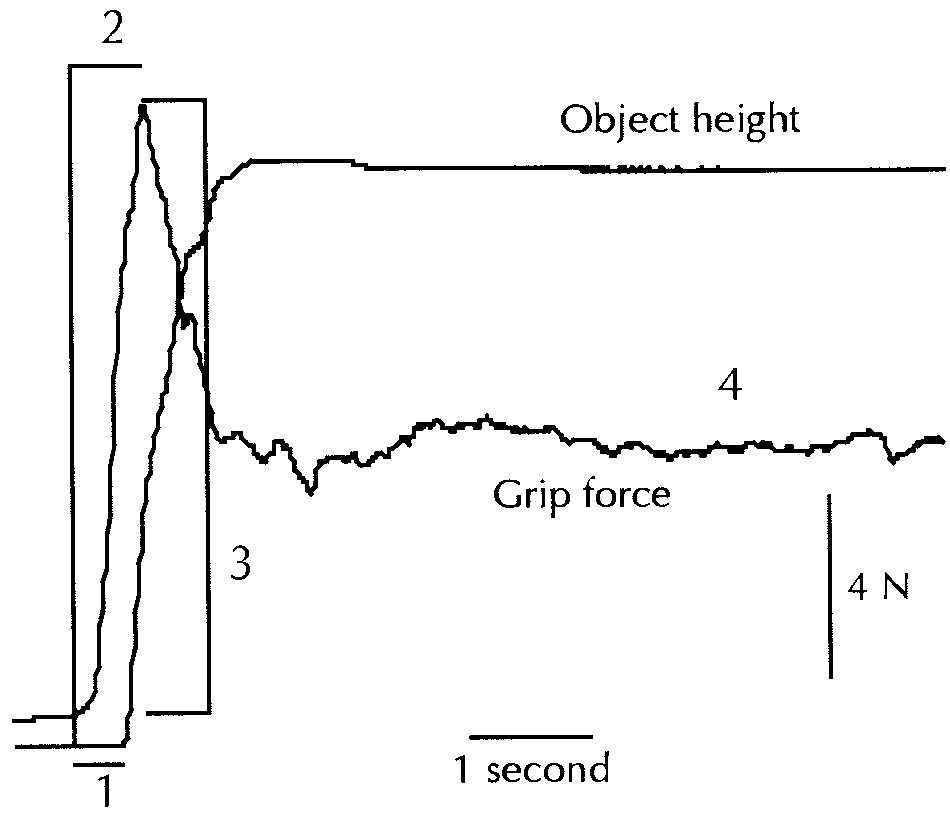 status and object load as the main factors. Post-hoctesting was carried out using the Tukey-Kramer test.
All 6 de novo PD patients displayed obvious abnor- malities in their grip force curves. Figure 2 shows 5 gripforce proﬁles obtained while lifting a light load for arepresentative control subject (upper traces) and a patientwith PD (lower traces). It is apparent that the patientdeveloped grip force markedly slower than did the con-trol subject, and consistently employed exaggerated lev-els of grip force, in both the dynamic and static phases ofthe lift.
The group values for the four lifting parameters are displayed in Figure 3. Each dot represents the value of asingle parkinsonian patient, whereas the grey boxes rep-resent the mean value for the control group (ϮSEM).
FIG. 1. The grip force and object position curves for a typical control
The mean values for the patients with PD are shown as subject lifting the light load. The parameters obtained from these curves ﬁlled triangles. Figure 3A shows the data for the IGL. It are numbered. 1, Time between onset of grip force development and
object lift-off (IGL), a measure of ﬁnger/wrist co-ordination; 2, time
may be seen that the parkinsonian patients all demon- taken to achieve peak grip force (TPGF), a measure of the rate for grip strated timings outside or at the upper end of the range of force development; 3, peak grip force (PGF) developed in the dynamic
values shown by the control group. On a group basis, this lifting phase, a measure of pre-planned matching of grip force to object
properties; and 4, static grip force (SGF), the grip force developed
prolongation was highly signiﬁcant (P Ͻ 0.01) and its while holding the object steady above the table, a measure of grip force magnitude was comparable with that observed in an adaptation to actual conditions based on cutaneous afferent feedback.
The grip force curves obtained from each of the lifts carried out was measured subsequently (see Fig. 1) toyield a series of parameters: (1) IGL, the time betweenthe onset of grip force and the lift-off of the object(msec); (2) TPGF, the time taken to reach the peak gripforce (msec); (3) PGF, peak grip force magnitude (N);and (4) SGF, the stable grip force adopted while holdingthe object steady above the table (N). The IGL may beconsidered to provide a measure of the co-ordinationbetween the ﬁngers gripping the object and more prox-imal arm muscles responsible for the actual horizontallift of the object. TPGF provides information about therate of grip force development at the ﬁngers. PGF pro-vides information on the largely automatic processes ofthe selection from memory of motor sets matched toobject properties,14 whereas the SGF is the result ofmodiﬁcation of these stored commands by actual sensoryfeedback concerning object properties obtained duringthe lift itself.15 Statistical analysis was carried out using the Statview 5.0 package (SAS Institute, Cary, NC). For this purpose, FIG. 2. The 5 grip force proﬁles obtained while lifting the light load
the median value obtained from ﬁve lifts with a given by a typical control subject (upper traces) and a patient with PD (4,lower traces). Grip force development clearly was slower in the patient, load were obtained for each parameter and compared who also developed consistently excessive force levels during both the between subjects using MANOVA analysis with clinical dynamic lifting phase and the static hold phase.
Movement Disorders, Vol. 19, No. 5, 2003 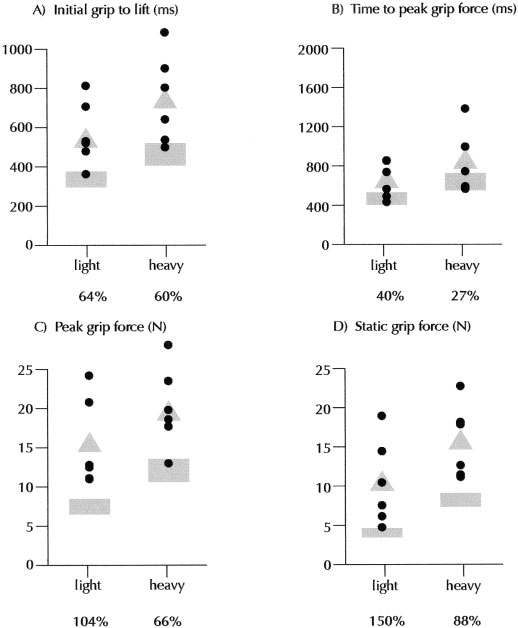