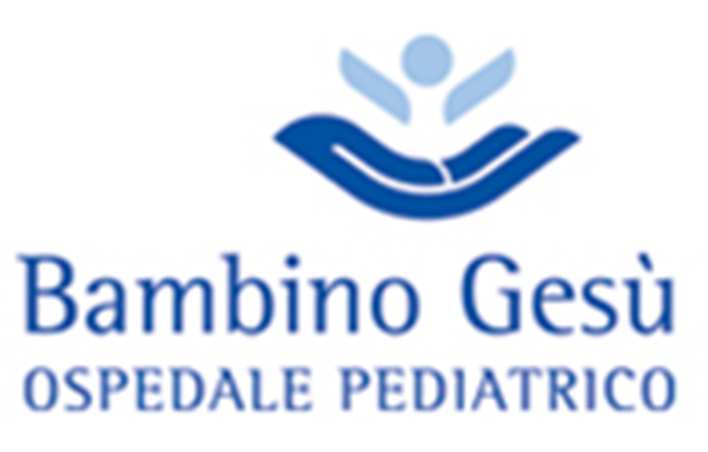 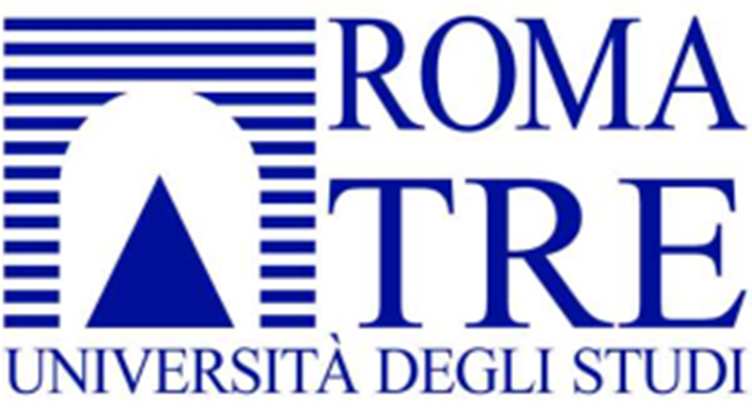 NATURAL ANTIOXIDANTS. ARE THEY AN ANSWER TO “OXIDATIVE STRESS” OF
MODERN LIFE?

Daniela Tofani,
Department of Sciences, University Roma Tre, c/o via della vasca navale 79, 00146 Roma
Oxidative stress is a destabilization of cell redox balance caused by an excess of reactive radical species (ROS
and RNS). Such free radicals formation increases in living organisms as the life time increases as well and this
is connected to many diseases and aging pathologies.
Natural antioxidants, normally introduced by diet, are able to trap ROS and RNS and, therefore, constitute a
fundamental aid to the redox balance. At the end of the last century, many research groups focused their
attention on this class of compounds. The good results obtained grew up the simplistic idea that maximizing
antioxidant concentrations could result in an everlasting youth.
Today many myths have been dispelled and scientific approach to antioxidants is more prudent. Nevertheless,
research continues in order to get both a better understanding of structure/antioxidant activity relationships and
the physiological role of the bioactive compounds.
In order to find a conscious way to use natural antioxidants, the most important antioxidant classes and their
synthetic derivatives will be presented, together with their mechanism of action, beneficial health effects and
drawbacks.
MECHANISMS OF FREE RADICAL SUPPRESSION BY ANTIOXIDANTS

Francesco Caruso1,2, Miriam Rossi2, Jens Z. Pedersen3, Sandra Incerpi4
1 CNR, Istituto di Chimica Biomolecolare, presso Univ Roma “La Sapienza” Roma ([email protected]), 2Vassar College, Department of Chemistry, Poughkeepsie, New York, USA, 3Department of Biology, University Tor Vergata, Roma,4Department of Sciences, University Roma Tre, Viale Marconi, 446 Roma, Italy Our group combines a series of techniques in order to improve the activity of antioxidant compounds in their action against free radicals. Our goal is to ameliorate the decline in health conditions due to aging, and more generally, degenerative diseases in humans. In this interdisciplinary approach we include the following: 1) Perform synthesis and chemical characterization of potential antioxidants, including determination of molecular structure using X-ray crystal diffraction; 2) We study the reactivity of free radicals, both naturally occurring (superoxide, hydroxyl) and from models (DPPH, galvinoxyl), using cyclovoltammetry and spectroscopic techniques as UV-visible and electron spin resonance (EPR). Since the reactivity of a naturally occurring free radical is very high, classical chemical tools give poor characterization. The use of less reactive models (DPPH, etc.) allows more control reactivity, and help describing antioxidant scavenging features. 3) Theoretical methods are extremely useful for fast reactions and so we also use Density Functional Theory (DFT) to analyze potential path reactions between our scavengers and free radicals. 4) We also study docking interactions on potential targets (proteins, enzymes, DNA) of free radicals. Our general approach is based on the study of a series of homogeneous antioxidants (for instance the stilbene
group, which includes resveratrol, its metabolites and non-naturally occurring related derivatives). We try to
figure out the structure-activity relationship, select the best antioxidants and apply them on cells that are
subjected to free radical attack from peroxides. In vivo model are also studied through collaborations and our
students; for instance we have a recently accepted manuscript which includes the techniques described above
plus an in vivo study of diabetes performed on rats.

PROTECTION OF CELLS AGAINST OXIDATIVE STRESS BY NANOMOLAR LEVELS OF
HYDROXYFLAVONES
Emanuele Lombardo1, Cristian Sabellico1,Valentina Balducci1, Paolo De Vito2, Stefano Leone1, Ilaria Proietti
Silvestri3, Giuliana Righi3, Paolo Luly2, Luciano Saso4, Paolo Bovicelli3, Jens Z. Pedersen2, Sandra Incerpi1
1Department of Sciences, University Roma Tre, 2 Department of Biology, University Tor Vergata, Rome, Rome; 3Department of Chemistry, Sapienza University of Rome, Rome, 4 Institute of Biomolecular Chemistry, National
Research Council (CNR), Rome,4Department of Physiology and Pharmacology “Vittorio Erspamer”, Sapienza
University of Rome, Rome, Italy
Natural polyphenol compounds are often good antioxidants, but they also cause damage to cells through more
or less specific interactions with proteins. To distinguish antioxidant activity from cytotoxic effects we have
tested four structurally related hydroxyflavones (baicalein, mosloflavone, negletein, and 5,6-dihydroxyflavone) at
very low and physiologically relevant levels, using two different cell lines, L-6 myoblasts and THP-1 monocytes.
Measurements using intracellular fluorescent probes and electron paramagnetic resonance spectroscopy in
combination with cytotoxicity assays showed strong antioxidant activities for baicalein and 5,6-dihydroxyflavone
at picomolar concentrations, while 10 nM partially protected monocytes against the strong oxidative stress
induced by 200 µM cumene hydroperoxide. Wide range dose-dependence curves were introduced to
characterize and distinguish the mechanism and targets of
different flavone antioxidants, and identify cytotoxic effects which only became detectable at micromolar
concentrations. Analysis of these dose-dependence curves made it possible to exclude a protein-mediated
antioxidant response, as well as a mechanism based on the simple stoichiometric scavenging of radicals. The
results demonstrate that these flavones do not act on the same radicals as the flavonol quercetin. Considering
the normal concentrations of all the endogenous antioxidants in cells, the addition of picomolar or nanomolar
levels of these flavones should not be expected to produce any detectable increase in the total cellular
antioxidant capacity. The significant intracellular antioxidant activity observed with 1 pM baicalein means that it
must be scavenging radicals that for some reason are not eliminated by the endogenous antioxidants. The
strong antioxidant effects found suggest these flavones, as well as quercetin and similar polyphenolic
antioxidants, at physiologically relevant concentrations act as redox mediators to enable endogenous
antioxidants to reach and scavenge different pools of otherwise inaccessible radicals.
OXIDATIVE STRESS IN PARKINSON'S DISEASE: EFFECTS OF PHARMACOLOGICAL
THERAPY.
Colamartino M.1, Padua L.2, Leone S.1, Testa A.3 and Cozzi R.1
1 Dipartimento di Biologia, Università “Roma TRE”, 2 Fondazione “Don Carlo Gnocchi”, Roma, 3 Sezione di Tossicologia e Scienze Biomediche, ENEA-Casaccia, Roma Parkinson’s disease (PD) is one of the most common progressive neurodegenerative disorder. It is characterized by the depletion of dopamine (DA) in the dopaminergic neurons of the striatum of the brain. The substantia nigra pars compacta of PD patients is in a state of oxidative stress. Furthermore, there is evidence of oxidative damage to DNA, lipids and proteins. During DA metabolism, hydrogen peroxide (H2O2) is generated: H2O2 could undergo autoxidation in the presence of high levels of iron, giving rise to highly toxic hydroxyl radicals. For these reasons oxidative stress, resulting from the imbalance between ROS formation and anti- oxidant defenses, is thought to play a pivotal role in the pathogenesis of the disease. L-Dopa, in association with carbidopa (an amino acid decarboxylase inhibitor) is the “gold” standard drug for the treatment of PD; it is a natural dopamine precursor that can cross the blood brain barrier to reach the brain and to be converted into dopamine, it replenishes the lack of DA in the striatum and increases the DA content of the brain. It has been postulated that the chronic administration of L-Dopa would exacerbate the production and the accumulation of ROS leading neurons to death. We utilized catecholaminergic human neuroblastoma cells in vitro to study DNA damage and ROS production after L-Dopa and carbidopa treatments. Our data lead us to assert that L-Dopa may have a protective effect on dopaminergic cells toward the production of ROS and their toxic effects on DNA. Furthermore in combined treatments (+H2O2) carbidopa is effective in reducing DNA damage caused by reactive oxygen intermediates both alone and in combination with L-Dopa. Ore 16.30 Coffee - Break

A NEURONAL MODEL OF NEURODEGENERATIVE DISEASE: OXIDATIVE STRESS IN
THE AXONAL DAMAGE.

Emanuela Piermarinia, Barbara Carlettia, Giulia Tozzia, Lorena Travaglinia, Anna Pastoreb, Alessandra Torracoa,
Enrico Bertinia and Fiorella Piemontea
aUnit of Molecular Medicine for Neuromuscular and Neurodegenerative Diseases, bLaboratory of Metabolomics
and Proteomics, Bambino Gesù Children’s Hospital, IRCCS, Rome, Italy.
Neurons are highly susceptible to oxidative stress and oxidation of cytoskeletal proteins is considered one of the
first steps of neurodegeneration, thus potentially inducing axonal damage. However, few neuronal cell models
have been so far developed in order to study the oxidative stress-mediated neurodegeneration. Here, we
describe a neuronal model of Friedreich’s Ataxia (FRDA), a hereditary neurodegenerative disease characterized
by a reduced synthesis of the mitochondrial iron chaperon protein frataxin as a result of a large GAA triplet-
repeat expansion within the first intron of the frataxin gene. To generate this neuronal cell model, we silenced
the frataxin gene using a shRNA lentiviral vector. This approach led to a reduction of frataxin levels to 30-60%
of normal levels, and determined several biochemical and morphological modifications that are highly
suggestive of some aspects of the axonal pathological profile of FRDA. Frataxin-deficient neurons showed a
specific inhibition of mitochondrial Complex I activity and glutathione imbalance, revealing an oxidative stress
condition. These biochemical hallmarks were associated with the inhibition of cell proliferation and with
morphological changes at the axonal compartment. Interestingly, the in vivo treatment of silenced cells with the
permeable form of reduced glutathione revealed a partial rescue of cell proliferation. Our findings indicate that
motor neurons are a suitable model to study the effect of oxidative stress on neurodegeneration, and support
glutathione as a beneficial therapeutic target for FRDA.

1Anna Alisi, 2Anna Pastore, 1Nadia Panera, 1Sara Ceccarelli, 1Daniela Gnani, 1Cristiano De Stefanis, 3Fiorella
Piemonte, 1Valerio Nobili.
1Hepato-Metabolic Disease Unit and Liver Research Unit, 2Laboratory of Metabolomic and Proteomics, 3Unit of Molecular Medicine for Neuromuscular and Neurodegenerative Diseases, “Bambino Gesù” Children’s Hospital, IRCCS, Rome, Italy Non-alcoholic fatty liver disease (NAFLD) ranges from simple fatty liver to non-alcoholic steatohepatitis (NASH), which often progresses into advanced fibrosis and cirrhosis. NAFLD/NASH has a complex etiology resulting from the interplay of multiple risk factors; however all molecular pathogenetic mechanisms have not yet been discovered. Along with human data several in vivo and in vitro models demonstrated that oxidative stress may solve part of the mystery around molecular pathogenesis of NAFLD, and it might explain most of the second-level events resulting in the appearance of NASH. Interestingly, an impaired glutathione (GSH) metabolism, as a marker of redox homeostasis, correlates with a higher intake of saturated fat and a lower intake of carbohydrates in NASH subjects. Moreover, it is relevant that the ability of GSH to form mixed disulfides with protein sulfhydryl groups, a process known as protein glutathionylation, may be altered during hepatic damage. Here, we report our data regarding the role of GSH in pediatric NAFLD and in experimental models that mimic the disease. Furthermore, we highlight how glutathionylation may control, either positively or negatively, the activity of some regulatory, structural, and metabolic proteins that are crucial in NAFLD pathogenesis.
OXIDATIVE STRESS IN THE PATHOGENESIS OF X-LINKED
ADRENOLEUKODYSTROPHY

Sara Petrilloa, Anna Pastoreb, Giulia Tozzia, Marco Cappac, Enrico Bertinia and Fiorella Piemontea
aUnit of Molecular Medicine for Neuromuscular and Neurodegenerative Diseases, bLaboratory of Metabolomics
and Proteomics, cUnit of Endocrinology, Bambino Gesù Children’s Hospital, IRCCS, Rome, Italy.
X-linked adrenoleukodystrophy (X-ALD) is a genetic disorder of X-linked inheritance caused by a mutation in the
ABCD1 gene which determines an accumulation of long-chain fatty acids (VLCFA) in plasma and tissues.
Recent evidence shows that oxidative stress may be a hallmark in the pathogenesis of X-ALD and glutathione
plays an important role in the defence against free radicals. In this study we have analyzed glutathione
homeostasis in lymphocytes of 14 patients with X-ALD and evaluated the balance between oxidized and
reduced forms of glutathione, in order to define the role of this crucial redox marker in this condition. All
glutathione forms have been found abnormal in the blood of X-ALD patients, including a profound decrease of
GSH associated with high levels of the oxidized forms (GSSG + GS-Pro). The decrease of GSH levels may be a
consequence of the VLCFA-induced oxidative stress, but may play itself an active role in X-ALD pathogenesis.
Indeed, key enzymes of glycolysis and tricarboxylic acid cycle are sensitive to oxidation and represent additional
targets for GSSG-driven oxidative damage in adrenoleukodystrophy.
Our results additionally confirmed by the decrease of plasma thiols and the high level of carbonyls, strongly
support a role for oxidative stress in the pathophysiology of X-ALD and strengthen the importance of the
balance among glutathione forms as a hallmark and a potential biomarker of the disease. Also, our findings
underscore the pertinence of using antioxidants aiming at replenishing GSH levels, such as N-acetyl-L-cysteine,
for therapeutic purposes in this disease

EFFECT OF EPI-743 ON THE CLINICAL COURSE OF LEIGH SYNDROME