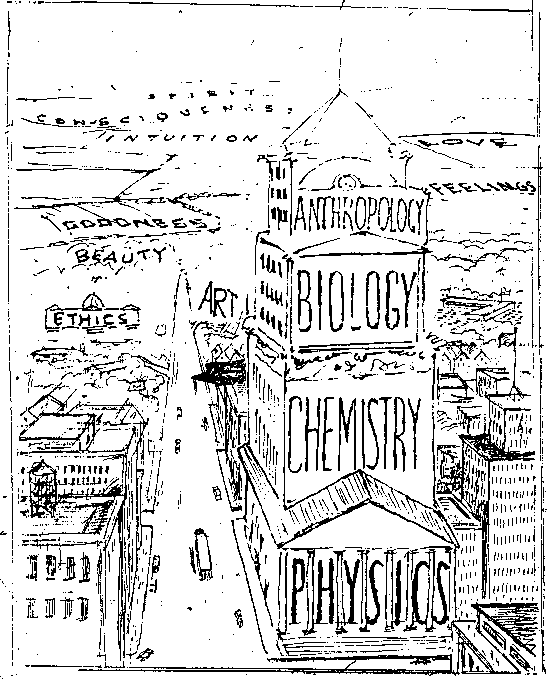 S p i r i t u a l i t y & H e a l t h Give Us Ten Minutes…
We’ll Give You the Kosmos
Go ahead. Check your watch.
Let’s see if we can pull this
off. The next 10 minutes may
change the way you think
about evolution, psychology,
ecology, even God.
You may come away feeling that the half of the Kosmos that tends to get
crushed flat by modern science — your emotional life, your dreams, your spirituality — actually provides the high ground we need to make sense of But first let us give the credit to Ken Wilber, author of such monumental works as Sex, Ecology, and Spirituality, A Brief History of Everything, and The Marriage and of Sense and Science. Not a guru, but a voracious reader and disciplined thinker who is attempting to synthesize all that is known about science and religion. Each of his books is well worth devoting a long week-end. In fact several scholars and volunteer think tanks devote full time tohim. Think of what you’re about to read as Wilber lite. There’s a bit of aclimb before the view gets exciting. It’ll be worth it.
So get ready. Go!The story of our universe can be viewed as 14 billion years of nesting: Atoms nested into molecules, which nested into the first living “organelles,”which nested into cells, which, in turn, nested into more and more complexorganisms all the way up to highest functions of the brain. Each level of nestincorporates all the ones before it and then adds its own qualities. There areno molecules without atoms, no cells without molecules, no living or-ganelles without cells, and no complex neocortex at the top of the brainwithout a reptilian stem at the base.
(Okay, pause, take a deep breath, and glance at these nesting levels in the 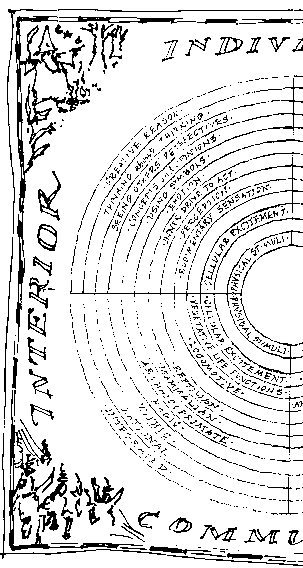 Upper Right portion of the diagram. These are the individualobjects that can be measured and manipulated so successfully by modern science. Notice, too, the progression of the nests: Fromphysical matter to life to mind to higher consciousness. Got it? I N T E R I O R I N D I V I D U A L I N T E N T I O N A L
S u b j e c t i v e Tr u t h f u l n e s s , S i n c e r i t y,
Now notice that for each Exterior on the Upper Right, there’s I n t e g r i t y, Tr u s t w o r t h i n e s s
a corresponding Interior on the Upper Left. Atoms have physi-cal interactions, living cells excite each other, more complexorganisms sense each other, act on impulse, have perceptionsand then emotions — nesting toward more and more complexbrains that use symbols, form concepts, and use creative reason.
Once again, each Interior level incorporates the ones before andadds its own qualities. There can be no perception withoutsensation, no concepts without emotion, no creative reasonwithout every nest below.
(Let’s pause again — just long enough for a hard-nosed scien- tist to pipe up that this Interior stuff isn’t important because wecan’t measure it — we can only interpret it. But, frankly, that’ssilly. Humankind has spent thousands of years figuring out howto separate good interpretations from bad ones. Interpretation ispart of the process that creates hard-nosed science, which, ofcourse, is only hard-nosed now for those scientists like to thinkit is….) Which brings us to the next big push: the Lower Left.
Like it or not, every truth exists within a context or culture — with its own corresponding nestings. Random atoms (aculture, of sorts) nest deeper into cells, which nest deeper intothe instinctual world-view of reptiles, into the emotional bondsof mammals, into the Archaic world-view of primates (in whichthe mind is undifferentiated from nature). With the arrival ofthe human brain comes a gradual separation from nature, fromthe Magic and Mystic levels (in which the bush Moses sawliterally burned but was not burned) to the Rational (in whichwe wonder critically about such beliefs), to the Integration ofmind and body and spirit. Once again, each level incorporatesthe ones before and adds its own qualities. We can engage insign language with apes, we can empathize emotionally withdogs, and we fall at the same speed as “pet rocks” all becausethese cultural levels exist within us.
(Oh my! The air is getting thin up here…. Just one last push The thing to remember for this fourth, Social truth, in the Lower Right, is the overall progression from physical matter tolife to mind to higher consciousness. So we start with galaxies,(the largest society of matter), which nest deeper into complex-ity to create planets, which nest deeper to create the firstcontained ecosystem, which nests into the animals with a divi-sion of labor between sexes, which nest into families, which nest I N T E R I O R C U LT U R A L
into tribes, which nest into early states and empires, to nation M u t u a l U n d e r s t a n d i n g , J u s t n e s s ,
C u l t u r a l F i t , 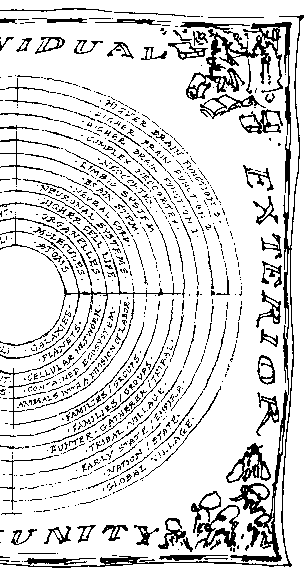 The Ashdown Clinic Helpline number: 01906 577 7077 Welcome to the Ashdown Clinic Health Check questionnaire. Completing the questionnaire will help you identify your nutritional requirements and gain a fuller understanding of your general health needs. There are seven zones to fill in. Please allow at least ten minutes to answer the questions. Once complete, please follow the instruc

PRODUCT SAFETY & LIABILITY ! Reproduced with permission from Product Safety & Li-ability Reporter, 39 PSLR 321, 03/28/2011. Copyright஽ 2011 by The Bureau of National Affairs, Inc. (800-372-1033) http://www.bna.comArguments of Parties, Amici. In the next preemptioncase set for argument, generic drug manufacturers (pe-titioners) and their amici argued that distinctions in thelaw